LOS ANGELES - The Consumer Product Safety Commission (CPSC) recently announced a recall of about 1 million dressers sold at Kmart stores across the country due to tip-over hazards they pose to consumers, specifically children.

According to the CPSC, the Belmont four-drawer dressers with plastic drawer glides pose a serious risk of tipping over, possibly resulting in death or serious injuries if not safely fastened or anchored to a wall.

RELATED: Recall: More than 26,000 glass cooktops recalled over risk of spontaneously switching on

“Additionally, those models of dressers over 30 inches tall do not comply with the performance requirements of the U.S. voluntary industry standard (ASTM F2057-14)," said the CPSC. 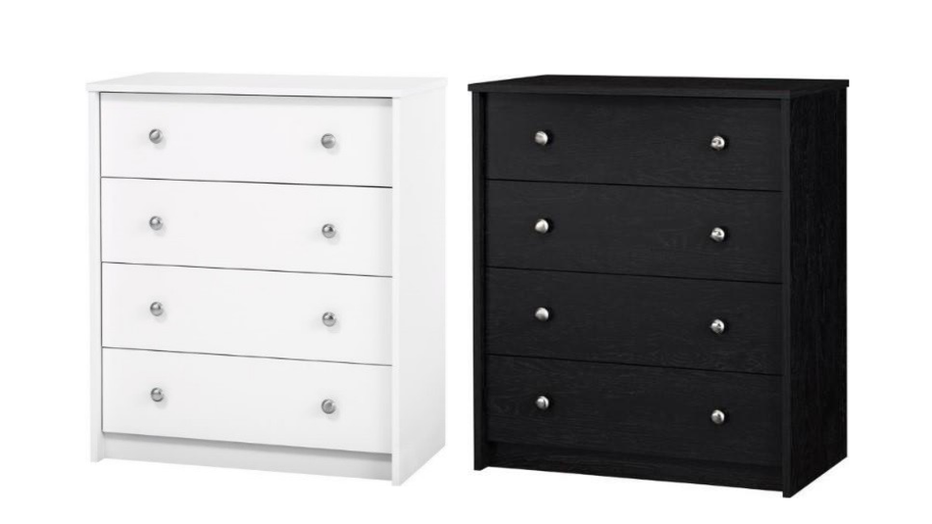 These Belmont four-drawer dressers have been recalled due to the serious risk they pose of tipping over. (CPSC)

The dressers being recalled were sold in two sizes and four colors, each with its own model number that the CPSC posted on its website.

The CPSC is urging all consumers who have purchased these dressers that were sold at Kmart stores nationwide from April 2013 to November 2018 to immediately place them in an area not accessible to children and contact Ridgewood Industries Inc., of Canada to receive a free anchoring kit.