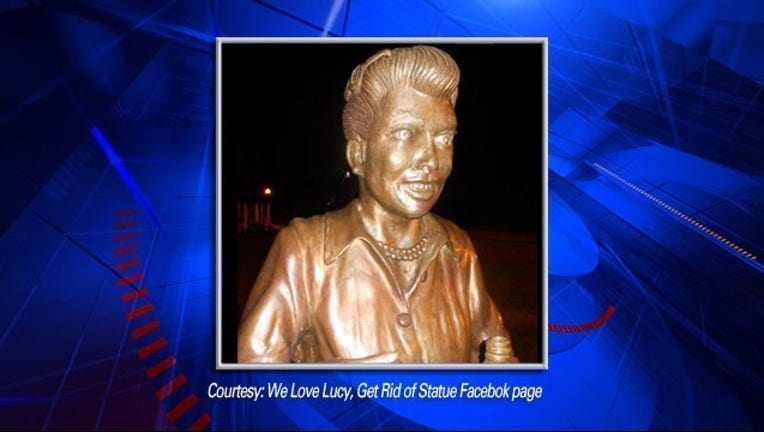 JAMESTOWN, New York - There is not much "love" coming from Lucille Ball fans in Celeron, N.Y. over a statute of the late comedienne.

According to a "We Love Lucy! Get Ride of this Statue," a Facebook advocating for the statue's removal, residents are petitioning to remove the creepy bronze fixture.

"Lucille Ball was born in Jamestown NY. She was raised and grew up in a town about a mile from Jamestown named Celoron. The people of Celoron have erected this horrible statue of Lucy in her hometown. It is a nightmare. We want them to replace it," the group writes.

The mayor of Jamestown, which is home to the Lucille Ball Desi Arnaz Museum & Center for Comedy, told the Jamestown Post-Journal that it would cost the city between $8,000 and $10,000 to re-cast the statue, and the city refuses to use tax dollars to do so.

Lucille Ball died at age 77 in 1989. She made a huge mark in the entertainment industry starring in sitcoms "I Love Lucy," "The Lucy Show," and "Life with Lucy".