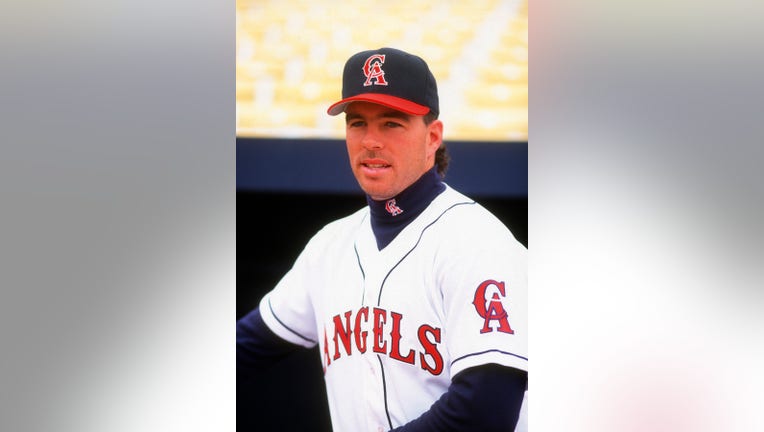 TEMPE, AZ - CIRCA 1995: Jim Edmonds #25 of the California Angels poses for this portrait during Major League Baseball spring training circa 1995 at Tempe Diablo Stadium in Tempe, Arizona. Edmonds played for the Angels from 1993-99. (Photo by Focus on

LOS ANGELES - Retired Angels outfielder Jim Edmonds has revealed that he tested positive for the coronavirus but is "completely symptom-free now and doing really well."

"I must have had it for a while before I got tested," the 49-year- old Edmonds said in a video posted to his Instagram account Wednesday.

"Thank God I quarantined myself and listened to what everyone said and kept our curve at our house flattened. My daughter has been tested. She is waiting for results but she is symptom-free and so we are doing really well here."

Edmonds posted an Instagram message on Saturday saying he was hospitalized and been tested for the coronavirus. He warned the public on Wednesday do not take this lightly."

Edmonds played for the Angels from 1993-1999. He was traded to the St. Louis Cardinals during spring training in 2000, remaining with them through the 2007 season and was a member of their 2006 World Series championship team.

Edmonds played for the San Diego Padres and Chicago Cubs in 2008 and the Milwaukee Brewers and Cincinnati Reds in 2010 after sitting out the 2009 season.

Edmonds is now a broadcaster with the Cardinals.