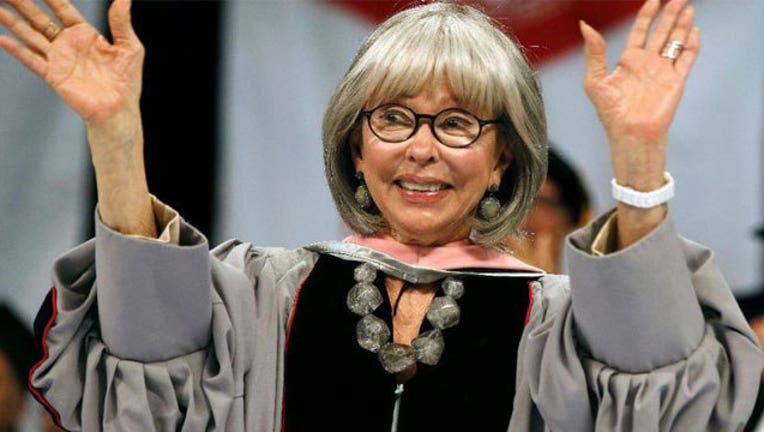 BOSTON (AP) — Rita Moreno says it was the hip-hop musical "Hamilton" that inspired her to bust a rhyme while delivering the commencement address at the Berklee College of Music.

The actress and singer showed off her rapping skills at the Boston school on Saturday.

The 84-year-old broke into rap mid-speech, telling graduates they "must have the audacity, the pluck, the grit, the perspicacity."

She said it was "Mr. Hamilton that brought the rhyme to mind," also rapping, "Damn, I've seen that play three time."

"Lin caused this crime of mine," she rhymed. "So I read him his...Miranda rights."

Lin-Manuel Miranda is the creator and star of "Hamilton." It's been nominated for 16 Tony awards.

Moreno was presented with an honorary doctor of music degree. Other recipients were the Isley Brothers, Lucian Grainge and Milton Nascimento.