The day after Thanksgiving was finally supposed to be Armando Gamez's homecoming, but once again, his wife spent the morning before their family meal back at the hospital.

ROUND ROCK, Texas - It’s been over 315 days since Armando Gamez has been home since coming down with COVID-19 in December.

"He’s been in the hospital since January 8," said daughter Christina Diaz.

He’s currently on a ventilator and a feeding tube. For the past 11 months, his family has watched and waited. Most of them still haven’t been allowed into his room.

"My granddaughter, he’s only seen her through the window," said daughter Rachel Herrera.

They thought he would be released in September, but instead, it’s continued to be a rollercoaster of improvements then relapses. 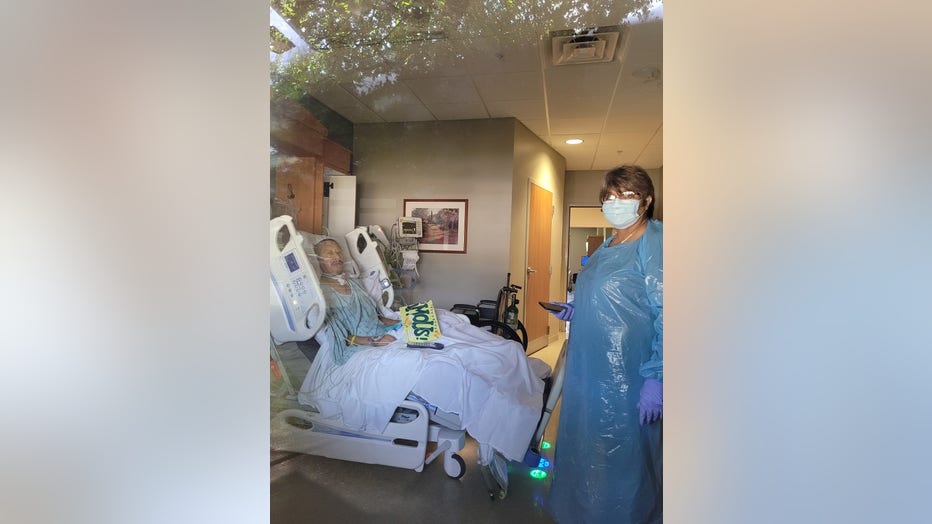 It’s been over 315 days since Armando Gamez has been home since coming down with COVID-19 in December.

At some points, the family has gone to visit with the intention of saying their goodbyes. However, hearing their voices has brought noticeable change that doctors couldn’t believe.

"Just seeing him and his turnarounds from seeing us, it’s like seeing a miracle in front of you, everything just turned around," said Herrera.

The day after Thanksgiving was finally supposed to be his homecoming, but once again, his wife, Margarita, spent the morning before their family meal back at the hospital.

"Every single day she’s there with him," said Herrera.

However, they do feel he is improving. Now, sisters Christina and Rachel are receiving medical training so they can eventually care for him at their home.

"He has all these machines that he’ll be coming home with so we’re learning how to use all of these machines," said Diaz. "It’s just going to require a lot of patience and a lot of care."

It also means spending thousands of dollars on equipment and other medical fees. They’ve also updated parts of the house to make him more comfortable and have added a wheelchair ramp.

The goal is to fulfill Gamez’s wish to come home and be surrounded by the family that’s been there the entire time - even if, at times, separated by glass.

"Hopefully, we’ll have him home for Christmas," said Diaz.

To help the family with medical expenses, click here.