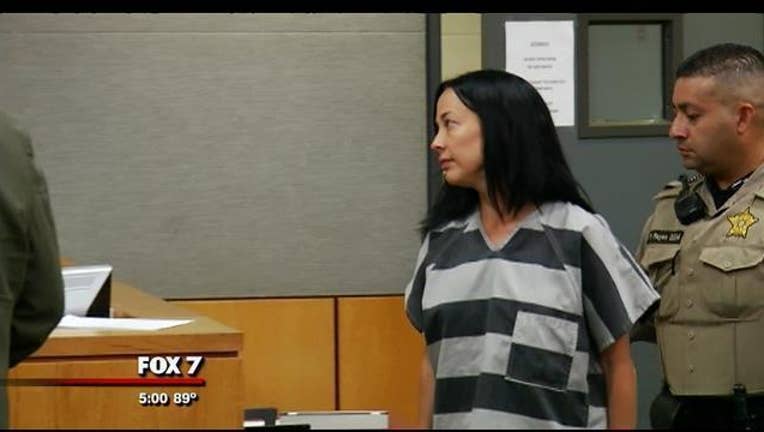 AUSTIN, Texas - The woman who is charged with kidnapping an Austin girl 12 years ago was in court Friday.

"She was a teacher, and single mother," said Tom Weber who was appointed Llorens' attorney.

Weber said he plans to file a motion to lower the $1 million bond that's been set for his new client.

Webber promised Llorens will eventually explain why in 2002 she took her daughter Sabrina to Mexico and refused to come back.

"There's two sides to every coin. The history will be brought out it will all be shown, "said Weber.

Dara Llorens accused her ex-husband Greg Allen of being an abusive husband and father. The accusations were never proven which is why a judge awarded Allen custody of Sabrina. During an interview with Allen recently at his home, he didn't seem worried about hearing the accusations again in a courtroom. He's just trying to undo the damage.

"She doesn't want to know about me, so it's going to be a process," Greg Allen said last week.

Sabrina is 17-years-old now and continues to work with counselors who are trying to make it possible for a father-daughter reunion. Which is why Greg Allen was not at the Friday court hearing for his ex-wife.

Tom Stewart, a spokesman for Allen, told me their focus now is on the family and that they want to let the legal process run its course. Dara Llorens is not expected to be back in court until after a Grand Jury decides if the kidnapping case will move forward.