The race in battleground Wisconsin, which Donald Trump narrowly won in 2016 but lost by a nearly equal number of votes in 2020, could determine which party holds majority control in the 50-50 Senate. Johnson, who had not commented on the two other drop-outs, weighed in after Godlewski left the race.

"Showing their lack of respect for voters and the democratic process, the power brokers of the Democrat party have now cleared the field for their most radical left candidate," Johnson tweeted. "Socialist policies have produced this mess, & a radical left Senator from Wisconsin is not the solution."

Barnes, 35, would become the first Black senator from Wisconsin if elected. He served two terms in the state Legislature before being elected lieutenant governor in 2018. Barnes opted against seeking a second term with Democratic Gov. Tony Evers to instead run for Senate. 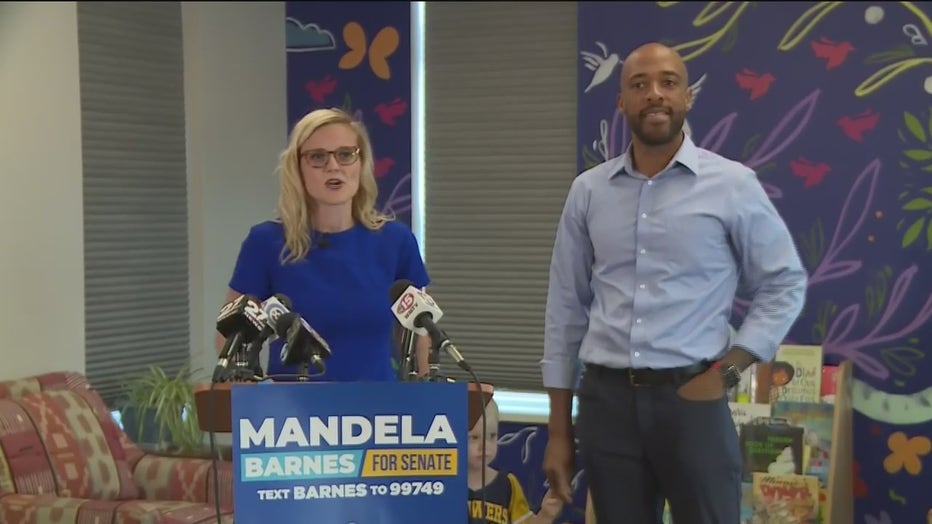 Several lower-tier candidates who were polling in the low single digits remain in the Aug. 9 primary, and even those who dropped out will still be on the ballot. In-person absentee voting began this week.

Barnes has emphasized his middle class upbringing as the son of a public school teacher and factory worker, both union members. Barnes paid no income tax and was on the state’s Medicaid program while running for lieutenant governor in 2018.

Godlewski, the only woman in the race, had made fighting for abortion rights the center of her campaign. But she said she was ending her candidacy and backing Barnes because it would help the overriding goal of knocking off Johnson, a two-term incumbent and close ally of Trump. 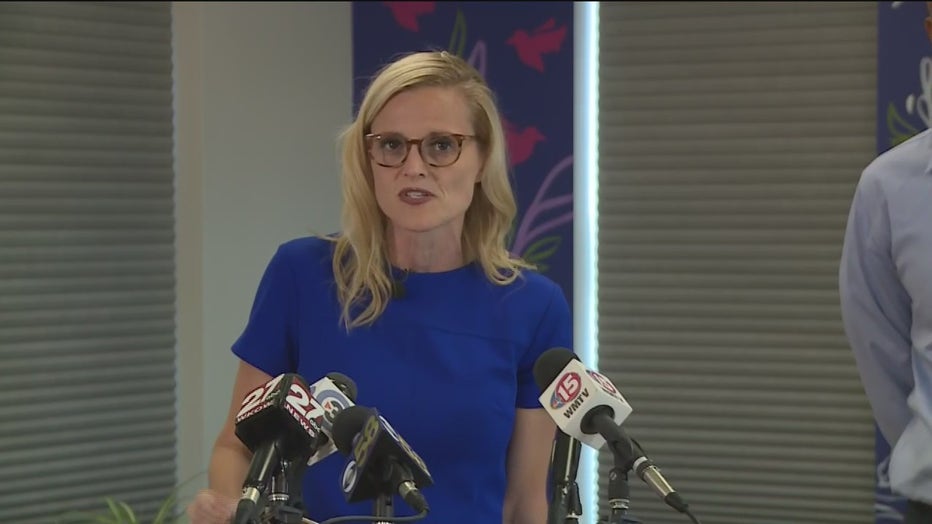 "It’s clear that if we want to finally send Ron Johnson packing, we must all get behind Mandela Barnes and fight together," Godlewski said.

Barnes, who was scheduled to appear with Godlewski later Friday, said her decision put Democrats in a stronger position to defeat Johnson in November.

"This week has demonstrated what it looks like when we come together for a goal that is greater than ourselves," Barnes said in a statement. "We are building a coalition that crosses generations, crosses racial divides and political divides. A coalition that includes farmers, union leaders, teachers, small business owners, and working people all across this state."

"I am honored to accept Treasurer Godlewski’s endorsement in this critical race. Throughout this campaign, Sarah has been a leader in the fight to protect abortion access and a tireless advocate for working people and rural communities across Wisconsin. I will proudly stand with her in those fights as we take on Ron Johnson in the fall.

"We are in a stronger position than we have ever been to defeat Ron Johnson once and for all. And it’s because this is bigger than any one of us. This is about retiring a Senator who has left working people in the dust for more than a decade while he doubled his own personal wealth and delivered for his wealthy donors.

"This week has demonstrated what it looks like when we come together for a goal that is greater than ourselves. We are building a coalition that crosses generations, crosses racial divides and political divides. A coalition that includes farmers, union leaders, teachers, small business owners, and working people all across this state.

"That’s how we beat Scott Walker in 2018 with the highest midterm turnout on record. By bringing everyone together from every corner of the state. And that’s exactly how we are going to take the fight to Ron Johnson — and win."

"The son of a public school teacher and a third shift auto worker, Mandela Barnes will fight for all Wisconsinites to have a fair shot at the American Dream – which is why he has unified Wisconsin Democrats behind his campaign. Mandela is fighting for the values Wisconsin’s working families believe in, and we are confident that will lead his campaign to victory in November."