LAKE MARY, Fla. - It was a unique launch for NASA on Thursday evening, as the space agency sent a special satellite designed to study the Earth's upper atmosphere into orbit.

Instead of launching a rocket into space from a pad at Cape Canaveral, NASA’s Ionospheric Connection Explorer (ICON) satellite was successfully launched from a Northrop Grumman Pegasus XL rocket, carried by the company’s L-1011 aircraft, Stargazer.

Stargazer departed from Cape Canaveral Air Force Station in Florida just after 8 p.m. for an initial drop time of 9:30 p.m. but that was pushed to 10 p.m. EDT, due to poor weather conditions. 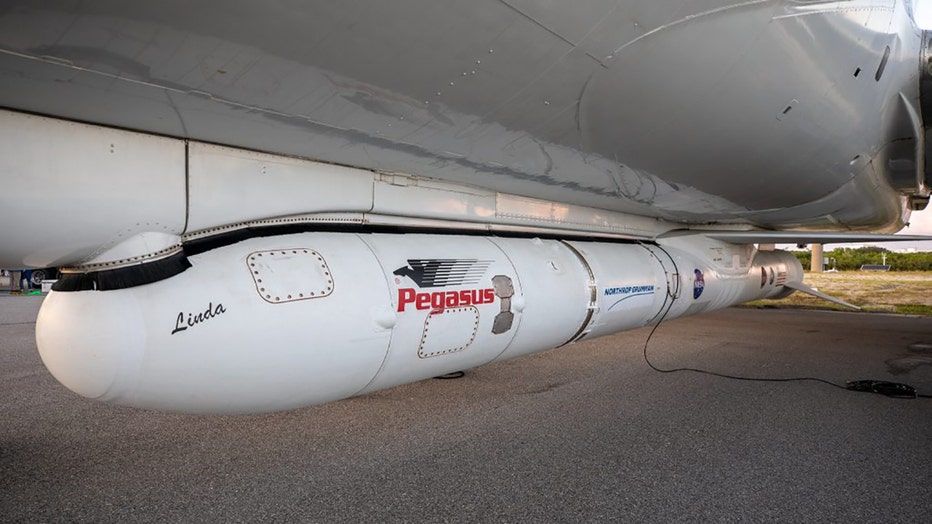 ICON is designed to study changes to Earth’s Ionosphere – the ionized part of the upper atmosphere from 60 km to 1,000 km (37 miles to 620 miles) – and interaction between Earth’s weather systems and space weather created by the Sun.

During the course of its mission, ICON will return data to allow scientists to better understand these weather system interactions and how they drive turbulence in the upper atmosphere.