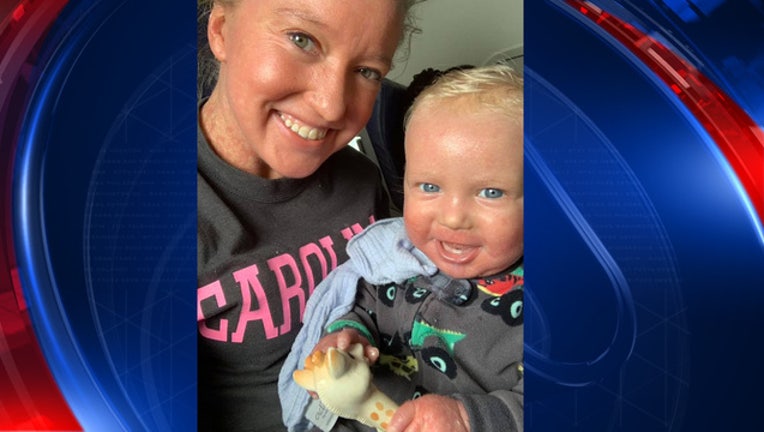 Jordan Flake says her and her son were removed from an American airlines flight on Thursday because the airline thought her rare skin condition was a rash. (Jordan Flake)

CHARLOTTE, N.C. (FOX 46 CHARLOTTE) - A South Carolina woman says she and her son were wrongfully taken off a flight because the airline was concerned they had an apparent rash.

Jordan Flake, of Columbia, was approached before takeoff on Thursday by an airlines official who was called onto the flight to speak with her. The official asked Flake about she and her son Jackson's 'rash' and whether or not they had a letter from a doctor. A rash is typically contagious.

Both Flake and her son Jackson share Ichthyosis, which is a rare skin condition that is inherited and is neither contagious or defined as a rash.

It was at that point her and Jackson were taken off the American Airlines flight.

"I have never been so humiliated in my life," said Flake.

It is unclear whether a passanger or an airlines employee made the initial complaint.

Flake and her son were travelling to visit her husband, who was being deployed in Texas.

The airline offered an apology for the incident and says it is investigating the matter.