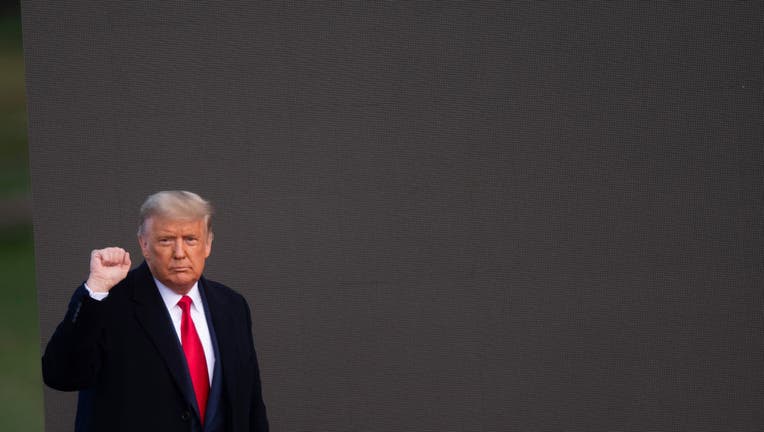 WASHINGTON - An American citizen kidnapped in the West African nation of Niger this past week has been rescued in a U.S. military operation in neighboring Nigeria, U.S. officials said Saturday.

The man was taken from his farm in Massalata in southern Niger early Tuesday morning by armed kidnappers who demanded a ransom from the man’s father. He was identified earlier in the week by a local government official as Philipe Nathan Walton, though other officials and news reports cited slightly different spellings of the man's first name, including Phillipe and Philip.

“This American citizen is safe and is now in the care of the U.S. Department of State. No U.S military personnel were injured during the operation,” the department said in a statement.

SEAL Team 6, along with other members of a joint special operations force, conducted the rescue, according to U.S. officials with knowledge of the operation. The officials were not authorized to publicly discuss the operation and spoke on condition of anonymity to provide details.

President Donald Trump said in a tweet that “courageous soldiers” had pulled off a “daring nighttime rescue operation” and also told reporters that “it was something that had to get done because they were playing with American citizens.” Secretary of State Mike Pompeo said in a statement that the rescue by “some of our bravest and most skilled warriors” underscores the U.S. commitment “to the safe return of all U.S. citizens taken captive.”

Niger has faced a growing number of attacks by extremists linked to both the Islamic State group and to al-Qaida. The kidnapping comes two months after IS-linked militants killed six French aid workers and their Niger guide while they were visiting a wildlife park east of the capital.

A U.S. official, who was not authorized to publicly discuss the rescue before an official announcement and spoke on condition of anonymity, said there were no solid indications that Walton's kidnapping was terrorism-related and that it was instead “trending toward a kidnapping for ransom.”

But the official said the U.S. government was concerned that the hostage could be passed to another terrorist group, or that the kidnapping could become a prolonged hostage-taking.

Walton is now back in Niger.

A local government official, Ibrahim Abba Lele, a prefect in Birni-N’Konni town, told The Associated Press earlier this week that the kidnappers had called and demanded ransom from Walton’s father, who lives approximately 1 kilometer (about half a mile) away from his son’s farm. No ransom was paid, according to the U.S. official.

Trump has repeatedly promoted his administration’s focus on securing the release of American hostages held by militant groups abroad as well as others being detained. Earlier this month, two Americans held captive by Iranian-backed militants in Yemen were released, along with the remains of a third person, in exchange for the return of about 250 of the Houthi rebels from Oman.