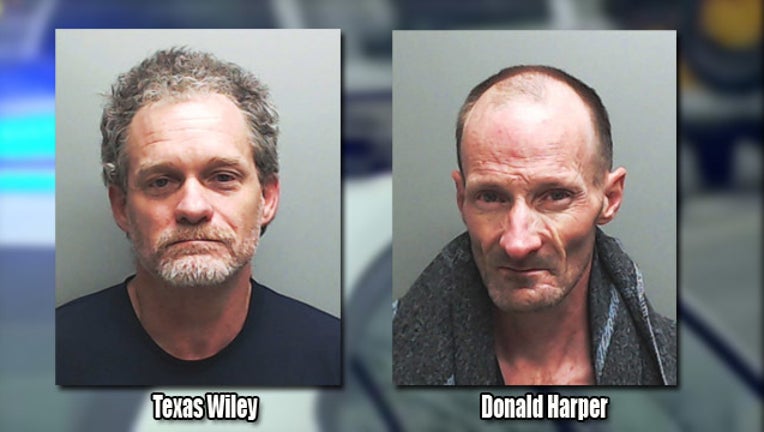 Multiple weapons, prescription drugs and illegal drugs were seized at a San Marcos home on Friday morning, according to the Hays County Sheriff.

Two men were arrested during the search warrant.

44-year-old Texas R. Riley was arrested for multiple counts of unlawful possession of a firearms by a felon and manufacture/delivery of a controlled substance, according to the Hays County Sheriff's Office. His bond was set at $120,000 total.

42-year-old Donald W. Harper was arrested for parole violation with no bond.

Harper and Riley were booked into the Hays County Jail.