A Long Beach man says that someone is apparently not a fan of his Trump for President sign- and in fact- stole it right out of his yard! And he says, that's not all they did. Chelsea Edwards has more on the story you'll see only on FOX 11.

LONG BEACH, Calif. - A recently-installed security camera caught video of a woman walking into a Long Beach man’s property, ripping down a ‘Trump 2020’ sign, and running away.

Shane Morin said that his house started being targeted after he put up flags in support of the president.

Earlier this week, Morin said he found a produce bag full of feces and a dirty diaper that had been tossed under one of his flags. 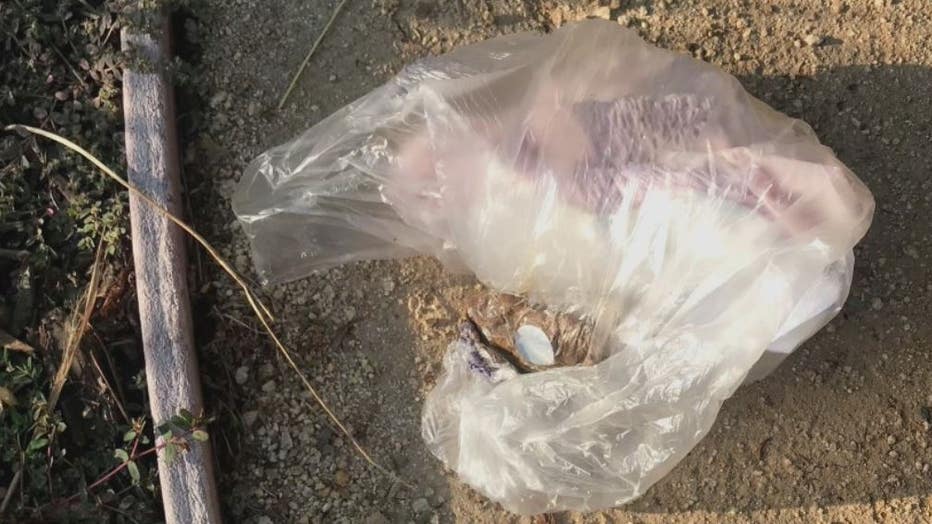 He then put up a ‘Trump 2020’ banner over his garage, and the next day, a similar feces-filled produce bag appeared on the trunk of the car parked in the driveway. He then bought and installed several security cameras.

Last night, the cameras picked up a group of people walking along Morin’s street. Moments later, the camera above the garage caught a clear video of a woman with light-colored hair walking up Morin’s driveway, snatch the banner, and run away.

“We have a right to have our first amendment speech on display. And it’s really sad that somebody is trying to intimidate us into not voicing that speech,” Morin told FOX 11.

Morin filed a report with the Long Beach Police Department. The officer who responded, Morin said, indicated that there had been similar reports filed by people with yard signage supporting the president. He said he wants the thief to be prosecuted.

“Nobody in this country should have any fear whatsoever to place a flag of any nature for any support for any candidate and be in fear of it either being taken down or being harassed,” he said.

If anyone has any information about this incident please call police.