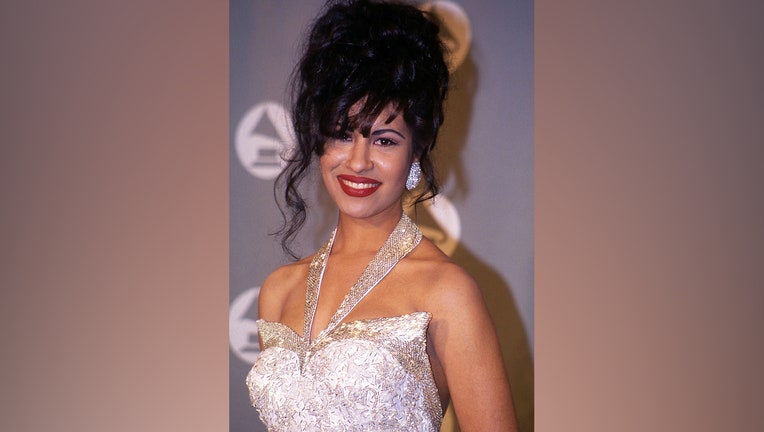 Selena Quintanilla-Perez is receiving a posthumous biographical drama centered on her life.

The Tejano songstress will be the subject of “Selena: The Series,” a Netflix title that will feature “The Walking Dead” star Christian Serratos as the late singer, who was shot and killed on March 31, 1995, mere days before she would have turned 24.

A teaser trailer for the series was released by the streaming giant on Tuesday and the black-and-white visual shows Selena gracing the stage as she sings “Como La Flor.” The late singer's father, Abraham Quintanilla Jr., who will be played by Ricardo Chavira, is heard narrating in the background.

“Do you trust your father? If you keep practicing, it’s all gonna pay off. Just watch,” he says in the piece. “And when I see you on that stage, I still the six-year-old girl singing in our backyard.”

“Selena: The Series” will center on the Grammy-winner’s childhood and meteoric rise to stardom as well as the path she and her family have taken in their quest for musical success.

Quintanilla-Perez has sold over 60 million albums worldwide before her death at the hands of the former president of her fan club in 1995.

She was also the subject of the 1997 film “Selena,” with Jennifer Lopez starring in the title role. Lopez earned a Golden Globe nomination for her portrayal of Quintanilla-Perez.

Actress Suzette Quintanilla, 53, Selena’s older sister, rejoiced at the announcement of the series in 2018.

“Selena will always have a lasting place in music history and we feel great responsibility to do justice to her memory,” she said at the time in a statement obtained by Variety.

“With this series, viewers will finally get the full history of Selena, our family, and the impact she has had on all of our lives. We are excited to partner with Campanario and Netflix to give fans a never-before-seen glimpse at our story and highlight why Selena will remain a legend for generations to come.”