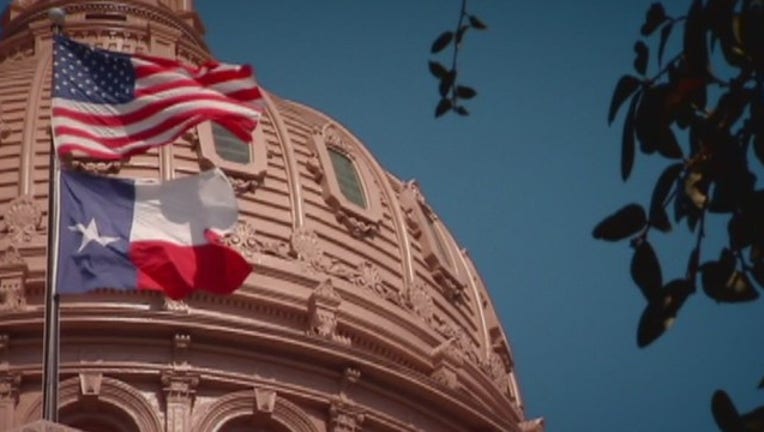 AUSTIN, Texas (AP) - The first primary of 2018 could offer a test of the re-energized gun-control movement, but the issue has not dominated races in gun-loving Texas, even though the state recently endured a massacre that was deadlier than the Florida high school shooting.

The results of the Texas primary on Tuesday might be expected to give some early indication of whether voter attitudes toward weapons have changed in the two weeks since a gunman killed 17 people at Marjory Stoneman Douglas High School in Parkland, Florida. But that now seems less likely because the attack has not emerged as a decisive factor in the final stages of the Texas campaign. The state has some of the most relaxed gun laws in the U.S. and hosts the National Rifle Association's national convention in May.

Republicans on the ballot have not softened on gun rights, and Texas Democrats are still heavily focused on other issues, such as immigration, while much of the rest of their party mounts its strongest push in years for tighter restrictions on firearms.

The Florida assault spurred Mendoza's group to survey candidates nationwide on gun-control measures before Election Day in November. But those results will not be ready for the Texas primary because of the early vote, which comes two months before primary elections really kick off in the U.S.

Even before the Florida shooting, Texas candidates were not talking about the even worse massacre that happened in their own backyard just four months ago. A gunman with an AR-15-style rifle shot and killed 25 people at a rural church in tiny Sutherland Springs. Authorities put the official toll death at 26. One of the victims was pregnant, and more than half of the dead were children.

Running for a congressional seat just an hour from Sutherland Springs, Republican Jenifer Sarver doesn't recall getting a single question about the Second Amendment before the Florida massacre. She said Thursday that now "not a day goes by" where it doesn't come up. But she is skeptical of the idea that voters will cast ballots solely on the gun debate.

"It's not likely this is going to be a bellwether on one specific issue," Sarver said.

Sutherland Springs is represented by Rep. Henry Cuellar, one of just a handful of Democrats in Congress who received money from the National Rifle Association in 2016. His South Texas district stretches to the Mexico border and is dotted with hunting ranches.

Cuellar said Thursday that he hasn't been confronted by activists or constituents on guns since the Florida shooting. He said the same was true after the Sutherland Spring massacre.

"I didn't get any, 'Hey, you got to get rid of arms,'" said Cuellar, who has previously touted his NRA endorsement in ads. He will coast through next week's primary without an opponent.

Texas has more than 1 million residents who are licensed to carry handguns. Since the 2012 shooting of an elementary school in Newtown, Connecticut, Texas has expanded gun rights by making it cheaper and easier to get licensed and allowing handguns into college classrooms and dorms.

President Donald Trump is looking at Texas as a possible model for his proposal to arm teachers in the wake of the Florida shooting. After the slayings in Sutherland Springs, Texas Attorney General Ken Paxton said more guns were needed in churches.

In a handful of GOP-held congressional districts that Democrats are targeting in November, guns have not broken through as key issues.

"It can be inflammatory in a way that might backfire on them. There are riper political arguments to make about immigration or about Donald Trump's lack of inclusion than about guns," said Brandon Rottinhaus, a political science professor at the University of Houston.

Democratic Rep. Beto O'Rourke, who is mounting a longshot bid to unseat Republican Sen. Ted Cruz, has gone further than other Democrats in calling for a ban on assault rifles like those used in both the Florida and Sutherland Springs attacks.

"If it means we're not as viable in the election, so be it," the told voters in the West Texas town of Brownwood.