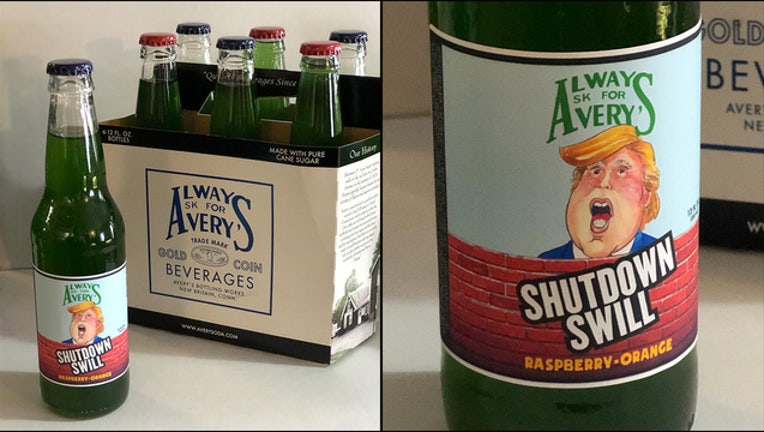 New Britain-based Avery's Beverages on Monday introduced its newest concoction, Shutdown Swill, and offered a free bottle to federal employees who stop by the plant.

Owner Rob Metz told WTIC-TV the drink is a mix of blue raspberry and orange, making it green, the color of money. He added citric acid for more bitterness. The label features a caricature of President Donald Trump.

Avery's, founded in 1904, is known for its election year sodas, including Make America Grape Again and Hillary Hooch in 2016 and Barack O'Berry and Cream de Mitt in 2012.

It also has a "totally gross" lineup of sodas, including Dog Drool and Monster Mucus.