The bipedal robot completed the 3.1-mile course on the fields of OSU in 53 minutes.

TOA PAYOH, Singapore - Apparently, not even the profession of law enforcement can evade automation.

Five public agencies in Singapore are collaborating to test a ground robot this month. Since Sunday, a robot named Xavier has been patrolling high-foot traffic areas for "undesirable social behaviors" such as the following:

If Xavier spots a violation, alerts will be triggered to the command and control center and Xavier will display the appropriate message, hoping to deter violators.

Officials say Xavier will lighten the workload for officers and reduce the manpower needed for certain offenses.

If you’re expecting a humanoid-style robot walking the streets like in Edward Neumeier’s "Robocop" franchise, think again. Xavier does not have legs, or arms or weapons. It can only roll on its four wheels and display messages on its screen. 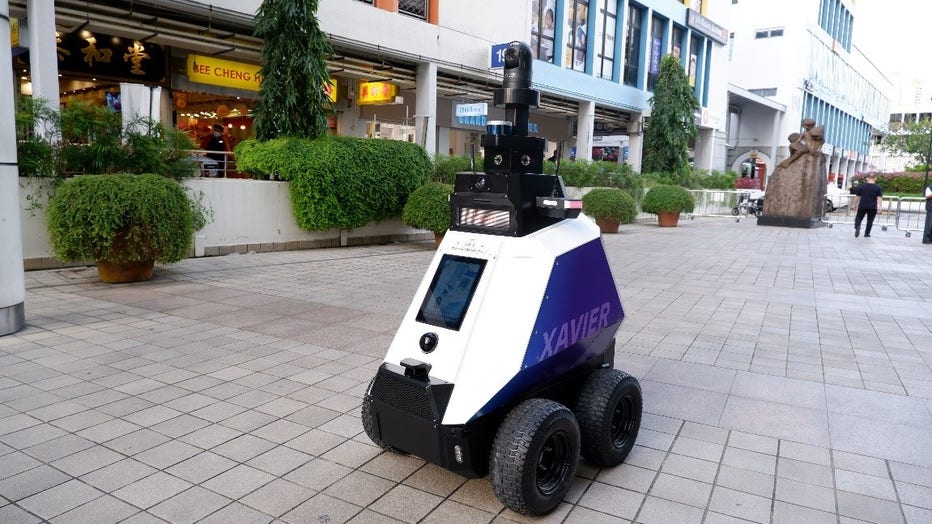 It’s not exactly "Robocop," but robots that can detect "undesirable social behaviors" are being tested this month in Singapore. (Source: HTX)

Even so, Cheng Wee Kiang, Director of HTX’s Robotics, said Xavier is highly versatile and can be customized for broad and widespread application in different fields and operational environments. Its cameras offer a 360-degree visual. And it’s equipped with sensors that allow it to avoid colliding with objects, people and vehicles.

"With Xavier, we are able to force multiply agencies beyond the Home Team by augmenting their workforce needs and achieve greater operational efficiency on a single robotic platform," Kiang said. "This synergy enables government agencies to build a strong ops-tech ecosystem and continue enhancing public health and safety."