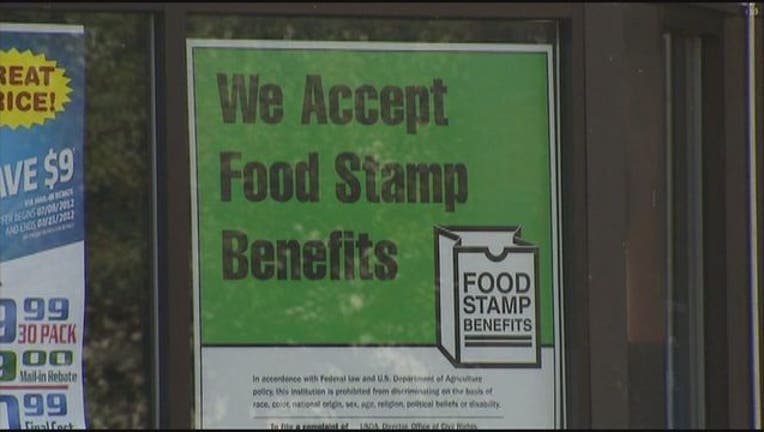 SNAP program would be replaced with meal kits, according to Trump proposal

WASHINGTON (FOX 5 DC) - Food stamps for millions of Americans are at risk of being reduced if government shutdown stretches into February.

As the partial government shutdown heads into its third week, The Washington Post reports 38 million low-income Americans would face severe reductions to their food stamps if the shutdown continues into February.

Congress has only allocated funding for the Department of Agriculture’s Supplemental Nutrition Assistance Program (SNAP) through January.

Additionally, The Post says the program’s emergency reserves would hardly cover two-thirds of February’s payments, according to past disbursements.

President Trump has repeatedly said that the government shutdown could go on for months, threatening to declare a national emergency for funding for a barrier at the southern border.

The partial shutdown has cut off new funding to the Treasury Department and the USDA, putting a vast majority of employees on furlough, and bringing necessary work to a halt.

The funding impact to the Treasury Department could significantly delay 2018 tax refunds.

A $3 billion “contingency” fund was appropriated by lawmakers for SNAP last year, The Post reports.

The SNAP, unlike other federally-funded programs, requires annual funding from Congress, even though its existence is automatically renewed.