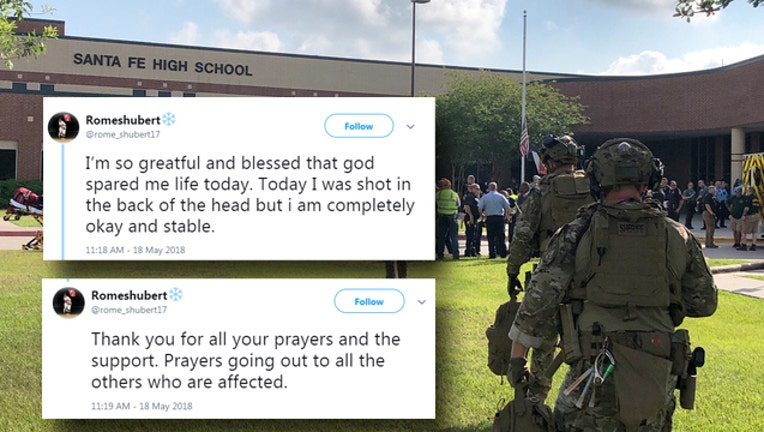 SANTA FE, Texas (AP) - A sophomore baseball player who was wounded in the mass shooting at a Texas high school says the gunman walked into his classroom and tossed something onto desks.

Rome Shubert tells the Houston Chronicle that he then heard "three loud pops" before the attacker fled into the hall Friday morning.

He says he realized he'd been wounded as he was running out the back door.

Shubert says he was hit in the back of his head with what he says was a bullet, but that it "missed everything vital." He also tweeted that he was OK and stable.

Authorities say 17-year-old student Dimitrios Pagourtzis fatally shot 10 people and wounded 10 others at his high school in Santa Fe, which is about 30 miles southeast of Houston.

He is being held on a capital murder charge.