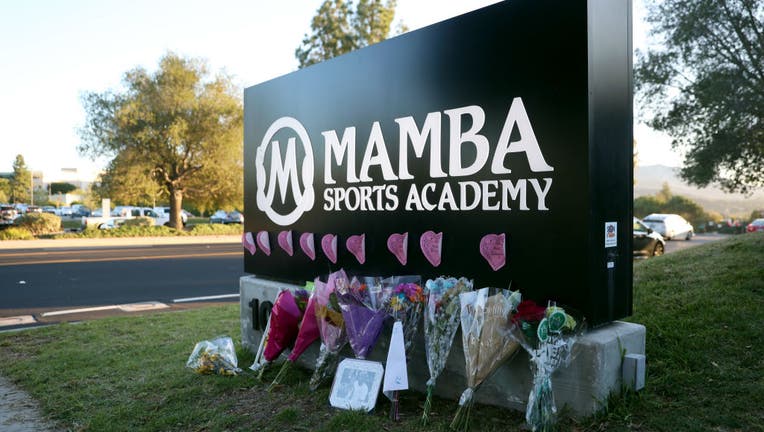 CALABASAS, CALIFORNIA - JANUARY 27: Flowers are left at a memorial outside Mamba Sports Academy in Newbury Park, California. NBA champion and a two-time Olympic gold medalist Kobe Bryant, 41, his daughter Gianna and 7 others, died in a helicopter cra

THOUSAND OAKS, Calif. - The Mamba Sports Academy which was created in partnership with Los Angeles Lakers legend, Kobe Bryant, has retired "Mamba" from its name and will resume as Sports Academy, it was announced Tuesday.

Bryant nicknamed himself “Black Mamba,” which he said was inspired by watching the film "Kill Bill."

After retiring from his remarkable 20-year career with the NBA, Bryant was able to take on new projects, including the ability to coach his daughter’s AAU basketball team. He also partnered with a sports academy in Newbury Park, which was renamed Mamba Sports Academy in 2018.

Now, the sports facility will operate as Sports Academy.

In a statement posted to social media, founder Chad Faulkner said in part:

"Like tens of millions of fans around the globe, Sports Academy’s world drastically changed on January 26, 2020. Today, with respect for an unparalleled legacy, the Academy will retire the “Mamba” in the Mamba Sports Academy name- to raise it to the rafters, where it belongs. In doing so, Sports Academy will carry on the vision it curated during that special partnership."

Kobe Bryant, his daughter, Gianna, two of her teammates, Alyssa and Payton, their parents, and the team’s assistant coach were killed in a tragic helicopter crash on the way to a basketball tournament at the facility.