Officials are urging people to get out of Hurricane Laura’s path before it makes landfall overnight as a potentially catastrophic Category 4 hurricane.

AUSTIN, Texas - Officials are urging people to get out of Hurricane Laura’s path before it makes landfall overnight as a potentially catastrophic Category 4 hurricane.

On Wednesday the U.S. National Hurricane Center warned the storm surge from Laura’s expected 145 mph winds could reach an “unsurvivable” 20 feet in parts of Texas and Louisiana. 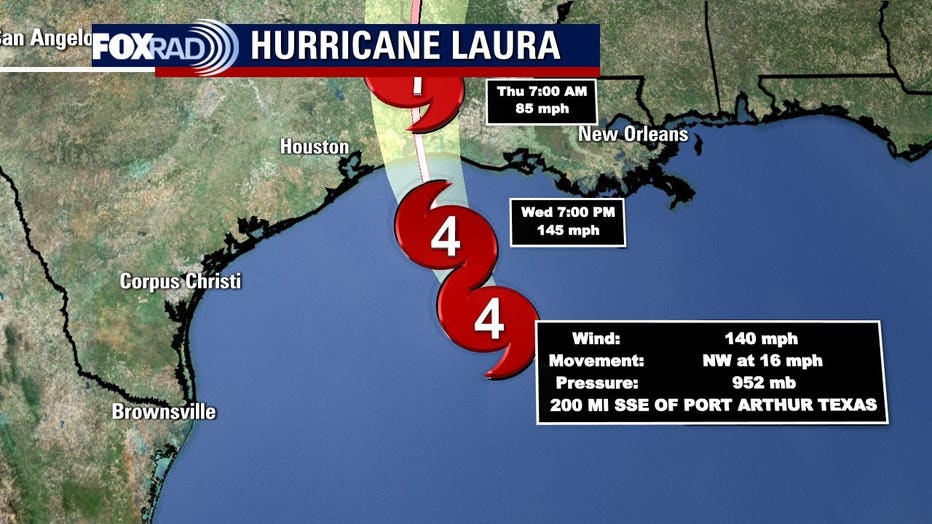 After meeting with emergency officials in Austin, Gov. Greg Abbott said residents along the coast need to be prepared for an extremely dangerous storm. He is concerned that many are not fully aware of how severe the danger is.

“For the areas in southeast Texas that will be closest to the point where the hurricane will come across the shoreline, those people still have only about five hours to evacuate,” Abbott said.

Hurricane Laura is expected to make landfall around 1 a.m., although the outer bands will reach coastal communities just after 7 p.m.

And while meteorologists believe Laura will move through quickly, there could be widespread devastation.

“It’s important for people to know that from about 7 p.m. [Wedensday] until about 9 a.m. in the morning, it will be a little bit of a lockdown time period for the ability of rescuers and aiders to get in and to provide support for anybody in the local regions. So we urge everybody who may be in harm’s way to take these few last hours to get out of harm’s way and it may only be a day or two that you are required to be out of harm’s way,” Abbott said. 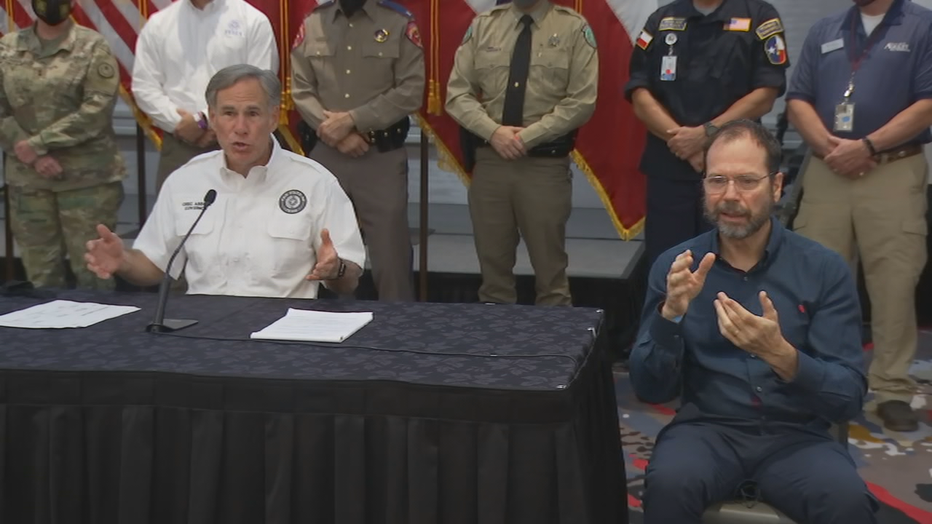 Because of the power of the storm, Abbott said the reality is that first responders will not be able to rescue people for about a 24-hour period.

Hundreds of thousands Gulf Coast residents have already heeded the warnings, some evacuating on their own and others taking a bus to places like North Texas, San Antonio and Austin for shelter.

For North Texans with loved ones who stayed behind, it will be a nerve-racking 12 to 24 hours.

Even as the window to evacuate closes, families are still hoping the people determined to stay will have a change of heart.

And they’re grateful for what they hope will be a swift response when the storm clears.

Dallas County School Board Trustee Miguel Solis grew up in Port Arthur, outside Beaumont, which is now squarely in the sights of Hurricane Laura.

Nearly three years ago to the day FOX4 spoke to his mom over a shaky FaceTime connection as she rode out the remnants of Hurricane Harvey.

This time is different.

“During the weekend, I actually went down and my gut told me that this was going to be a big one,” Solis said. “And so I convinced my mom and my brother to get out of there and so they are here with me in Dallas.”

For Solis, despite his best effort to sway relatives, one aunt stayed behind.

“She lost her home during Harvey. She basically said at this point she doesn’t want to deal with it anymore. There’s this sense of what else could I possibly do,” Solis said. “Basically, at the point now of just praying.”

Buses with evacuees began arriving at the Mesquite Reception Center Wednesday morning. Those evacuees are being checked in and sent to hotels because of the pandemic.

Tarrant and Ellis counties have been added to the state’s disaster declaration, which already includes Dallas County, because they are receiving evacuees.

“For instance, in Dallas, they are only at 39 percent occupancy right now. There are plenty of hotel rooms and we are just going to keep load balancing this out as we get people out of harm’s way,” said Nim Kidd, chief of Texas Division of Emergency Management.

Gov. Abbott said  there are plenty of rooms for those evacuating in the Dallas-Fort Worth area. However, if needed, the state will begin opening temporary shelters.

COVID-19 tests and personal protective equipment will be provided at the shelters.