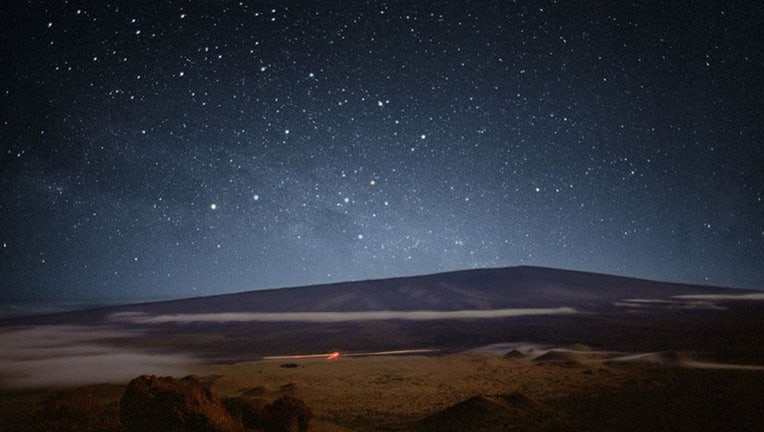 Gazing across this gorgeous skyscape, the Southern Cross and stars of the constellation Centaurus are seen above the outline of Mauna Loa (Long Mountain), planet Earth's largest volcano.

Attention stargazers! A celestial phenomenon will take place in June, so mark your calendars.

For the first time since 2004, five planets will appear in a line in the night sky in their correct order of increasing distance from the sun, according to Dr. Rick Fienberg, former press officer of the American Astronomical Society and senior contributing editor for "Sky & Telescope."

What equipment will you need?

You will be able to witness this alignment in the sky with just your naked eye, but it doesn’t hurt to keep your telescope or binoculars handy if you have either or both, but it’s not a deal-breaker.

If you want to see Uranus and Neptune, which will be very faint against the dawn light compared to the other planets, you will definitely need at least a pair of binoculars or a telescope to see them.

What’s the best time of day to see it?

You can start searching for the planetary alignment about 30 minutes before the sun rises local time (so keep your coffee handy).

"You’ll need an observing site with a low eastern horizon, because Mercury and Venus will be very low in the east-northeast. Mercury never strays far from the bright glow of the sun," Fienberg advised. 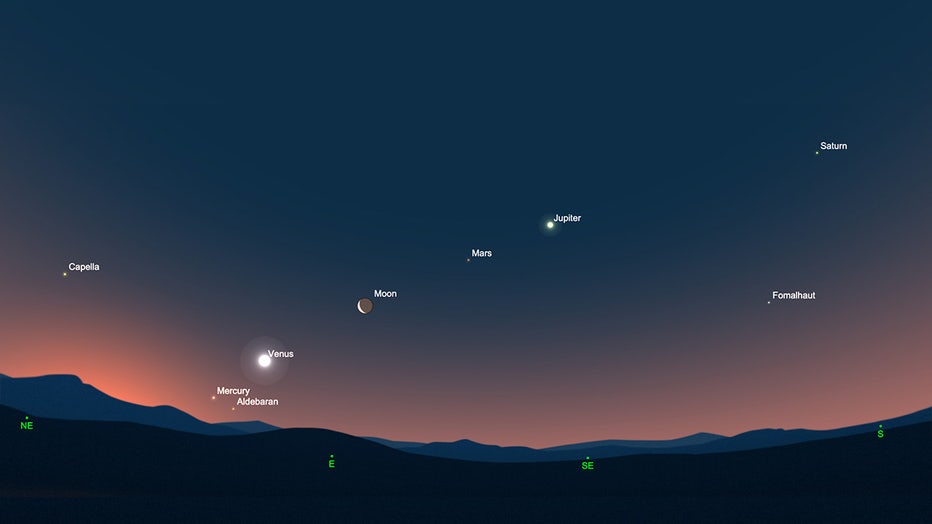 View from the middle of the U.S. on the morning of June 24th, 30 minutes before sunrise, with cardinal directions labeled on the horizon. (Include planets and nearby stars). (Illustrations made by Rick Fienberg using Simulation Curriculum’s SkySafari 6 Pro)

When’s the best day to see it?

The optimal day to see this planetary alignment will be on June 16.

"The closer to sunrise you observe, the higher the planets will be, but the brighter the sky will be, too," Fienberg said.

Other cool things to look out for in June 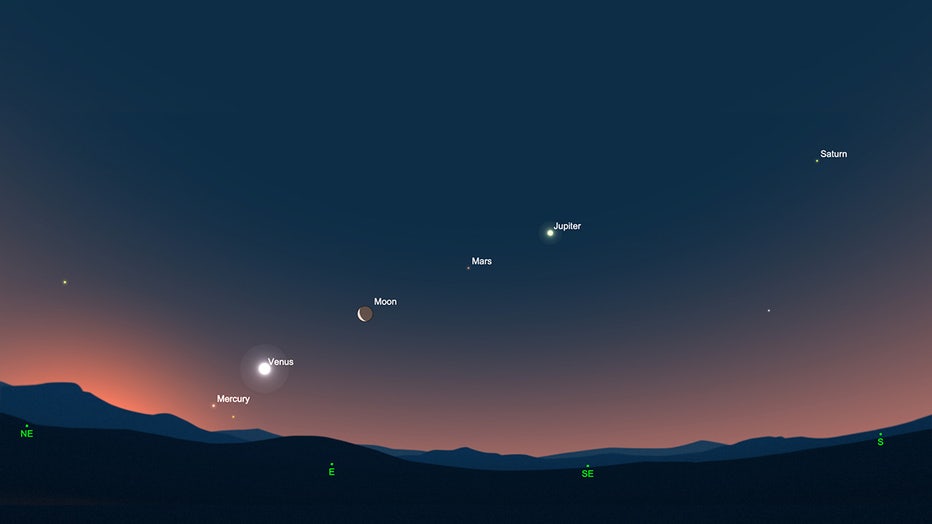 View from the middle of the U.S. on the morning of June 24th, 30 minutes before sunrise, with cardinal directions labeled on the horizon. (Includes planets only). (Illustrations made by Rick Fienberg using Simulation Curriculum’s SkySafari 6 Pro)

On the morning of June 24, a crescent moon will appear between Venus and Mars, so the alignment will be Mercury, Venus, the moon, Mars, Jupiter, and Saturn.

Look for Venus and Jupiter because they will be the brightest celestial bodies in the night sky and you will be able to see them with your naked eye.

Total lunar eclipse in May

Another exciting space event to look forward to will take place in May. A total lunar eclipse will begin on the evening of May 15 into May 16, according to Earthsky.org.

This means the moon will move into the inner part of Earth’s shadow, also known as the umbra, according to NASA.

Most of the United States will be able to see the eclipse.

LINK: To see where you land on the visibility map to witness the total lunar eclipse, click here.