Suspect ditches car in front of Walmart, sprints to store after bizarre chase

SkyFOX was over a bizarre chase where a suspect ditched their car and ran inside a Walmart in Westminster.

ORANGE COUNTY, Calif. - A CHP pursuit took a bizarre turn after a suspect ditched their car in front of a Walmart in Westminster and then ran inside the store late Monday night.

CHP tried to get a dark-colored sedan to pull over after the driver failed to yield. After not pulling over, the suspect began leading CHP on the chase in the westbound lanes of the 91 Freeway in Anaheim.

At one point during the chase, the suspect was spotted dropping off the passenger near a Walmart in the Anaheim area. 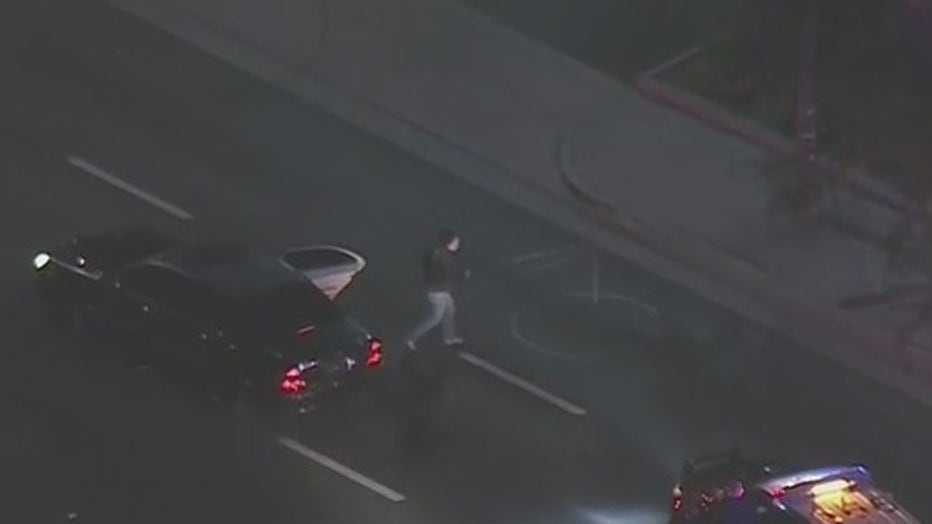 The chase eventually ended at a Walmart on Beach Boulevard in Westminster after the suspect stopped their car literally feet from the front entrance and then ran inside the store. 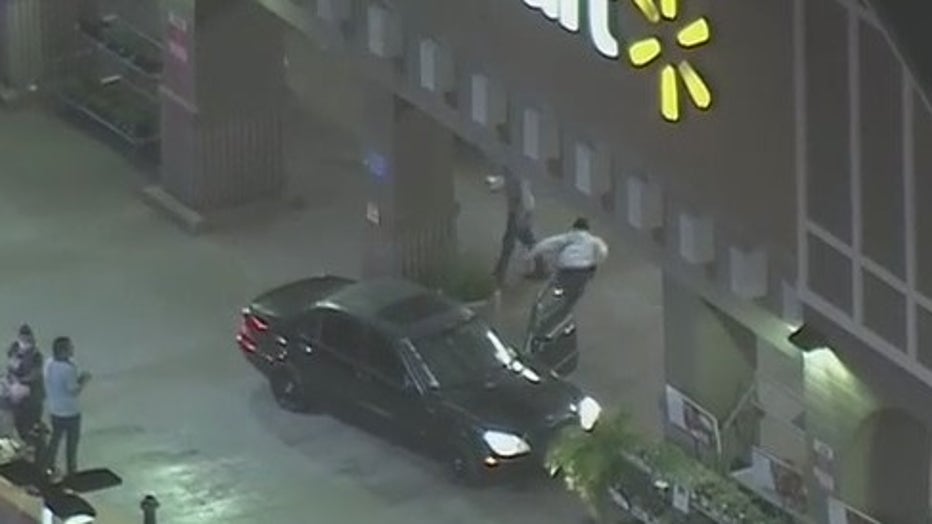 Both the suspect and the passenger were taken into custody.

Officials have not released the suspect's identity.