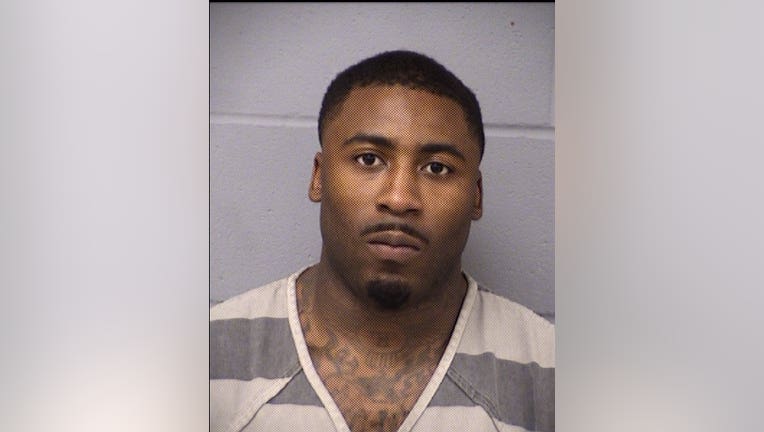 APD says 29-year-old Joshua Terrell Moore has been charged with 4 counts of aggravated robbery and one count of stolen firearm.

AUSTIN, Texas - Austin Police Department have made an arrest in connection to several armed robberies at food trucks in Northeast Austin.

APD says 29-year-old Joshua Terrell Moore has been charged with 4 counts of aggravated robbery and one count of stolen firearm.

Detectives with APD say they are still investigating 3 of the robberies from this 7 robbery series and may have more updates on the case.

"It started back in January 11, 2021, and we're up to about seven robberies now," said Detective Gabriel Guillen with APD in March of 2021.

Detectives were able to link seven armed robberies at Northeast Austin food trucks to the same suspect due to the recurring themes.

Austin police are calling these robberies the Taco Truck Robbery series and they are all linked together by the same suspect.

"I think brandishing the weapon is what puts this guy’s confidence level up because these victims are in fear for their life so they're going to comply with their demands," said Detective Guillen.

Detectives were able to link these seven robberies to the man due to the recurring themes he keeps up.

"Just the direction of travel this guy runs, each time the time of day, the clothing description, the type of weapon brandished, it all leads us to believe it's one to two suspects that's been causing these robberies," said Detective Guillen.

The Austin Police Department is looking for a man they say robbed two food trucks in Northeast Austin in an 80-minute span on March 1.

FOX 7 spoke to the co-owner of one of the trucks after she was robbed at gunpoint in March. "[The suspect] came from back there, where he's come from all three times. He came and he put a gun to his ribs and pushed him into the trailer, and said 'give me money, give me money’," said Miriam Mercado, co-owner of Taqueria la Chilanguita Food Stand.