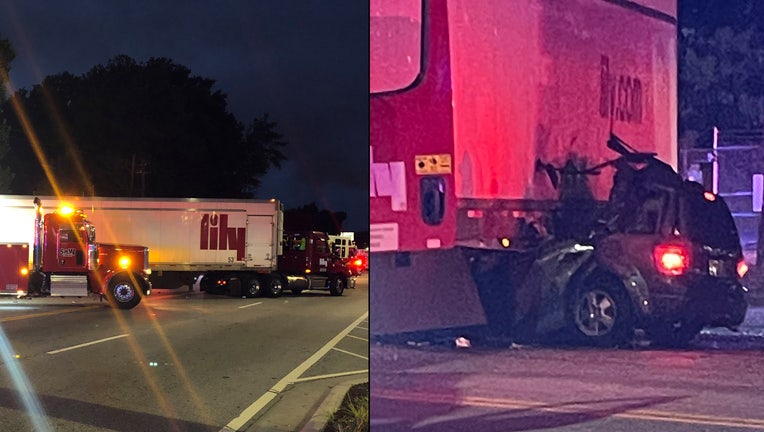 Atlanta police said a woman was dead at the scene after officers responded at about 4:30 a.m. The wreck involved a Ford Escape and semi-truck on Marietta Boulevard.

Investigators said the SUV was speeding when it slammed into the semi truck.

The crash was near the Amazon Prime building. Police said the crash happened at around 5 a.m.

Police said a wrecker lifted the trailer to dislodge the SUV and extract the patient.

Police were at the scene clearing the wreck and investigating at around 6 a.m.