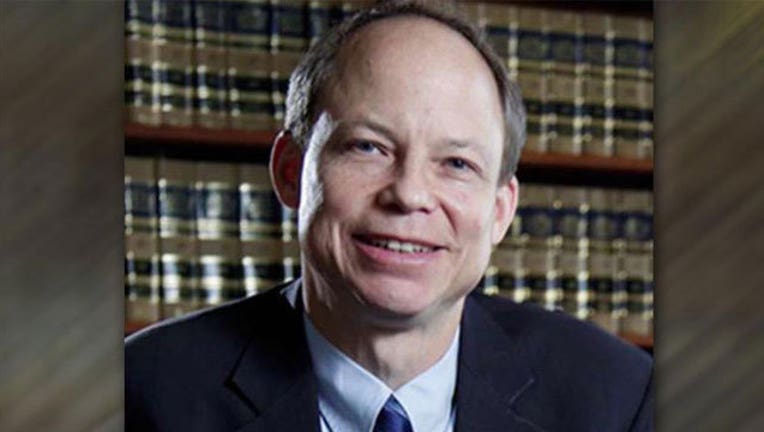 SAN FRANCISCO (AP) — A women's advocacy group planned to turn in petitions Friday in a symbolic effort urging a California agency to remove the judge who sentenced a former Stanford University swimmer to six months in jail for sexually assaulting an unconscious woman.

The organization, UltraViolet, said it collected more than 824,000 signatures and other groups gathered thousands more that they will deliver to the California Commission on Judicial Performance, the agency that investigates complaints of judicial misconduct and disciplines judges.

But to officially recall Santa Clara County Judge Aaron Persky, organizers would need to collect signatures from 58,634 registered county voters. A call to commission attorney Victoria Henley about what penalties the agency could impose was not immediately returned.

Persky has faced intense outcry after sentencing Brock Turner, 20, of Dayton, Ohio, last week to six months in jail and three years' probation for assaulting the woman behind a campus dumpster in January 2015.

Several prospective jurors who opposed Persky's decision even refused to serve on a jury this week in an unrelated case he is handling. They were dismissed from service after coming forward with their complaints.

Persky said in court that he followed a recommendation from the county's probation department in the sentence and cited Turner's clean criminal record and the effect the conviction will have on his life.

Prosecutors had argued for six years in prison for crimes that could have gotten Turner 10 years. But the county's district attorney has said Persky should not lose his job because of the ruling.

Online records show Turner is expected to be released from jail after three months. County jail inmates serve 50 percent of their sentences if they keep a clean disciplinary record. Turner is being segregated from the general jail population, which is standard for high-profile inmates who could be targets.

"We need judges who work to protect survivors, not their rapists," Nita Chaudhary, co-founder of UltraViolet, said in a statement. "The California Commission on Judicial Performance must move swiftly to remove Judge Persky from the bench and send a clear signal that rape apologists will never be tolerated as part of the criminal justice system."

Stanford University law professor Michele Dauber launched a campaign to remove Persky from the bench over what she calls a lenient sentence and plans to speak at a rally outside the commission Friday.

Lawyers who have appeared in Persky's court have called him a fair and respected judge. He has no record of judicial discipline and previously worked as a Santa Clara County prosecutor responsible for keeping sexual predators locked up.

A court spokesman has said Persky is barred from commenting on the case because Turner is appealing his conviction on felony assault and attempted rape charges.

Stephanie Pham, a Stanford student who co-founded the Association of Students for Sexual Assault Prevention, said the sentence stirred anger and frustration on campus.

"When the sentencing came out, people lost faith in the legal system," she said. "Survivors felt alienated and silenced by the fact that someone found guilty is still going to be given a lenient sentence."