A Volusia County, Florida woman was arrested on Friday, accused of trying to drown a cat. When questioned by a witness what she was doing, she said she trying to take the cat

"Hubble" the cat is expected to survive. Edgewater police say they dispatched to Silver Palm Drive in response to a call about a woman harming a cat. When officers arrived, they found 37-year-old Amanda Goodwin wet and covered in mud. They say she was holding a cat that was also wet and muddy.  A witness told police Goodwin was causing the cat distress.

“She was shoving the cats head in the culvert pipe and putting dirt on the cat,” said the witness. “I’ve never seen a cat pant like a dog. Its gums were white.”

The witness says when talked to Goodwin, she was making outlandish statements about Jesus. 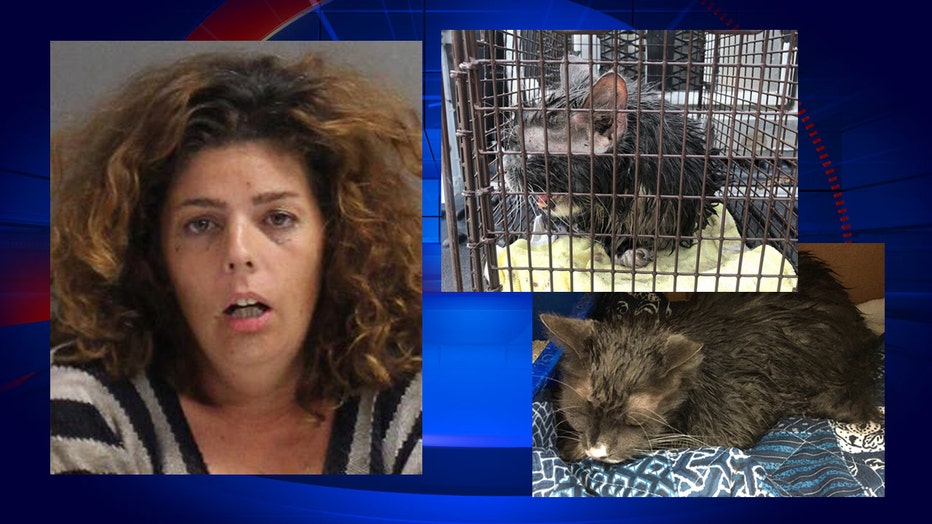 “I asked if she was okay and she told me she was taking the cat to Jesus,” he said.

According to Goodwin’s arrest report, she later told police "Hubble" was hot, so she took him to the drainage for water. Goodwin was arrested and charged with animal cruelty.

Hubble was taken to the Edgewater Animal Shelter and is not expected to have any permanent physical injuries.