Sen. Ted Cruz, R-Texas, says he’s not wearing a mask at the Capitol anymore, since he’s vaccinated against COVID-19.

In the House, members and aides are required to wear masks, but the Senate has no such rule. 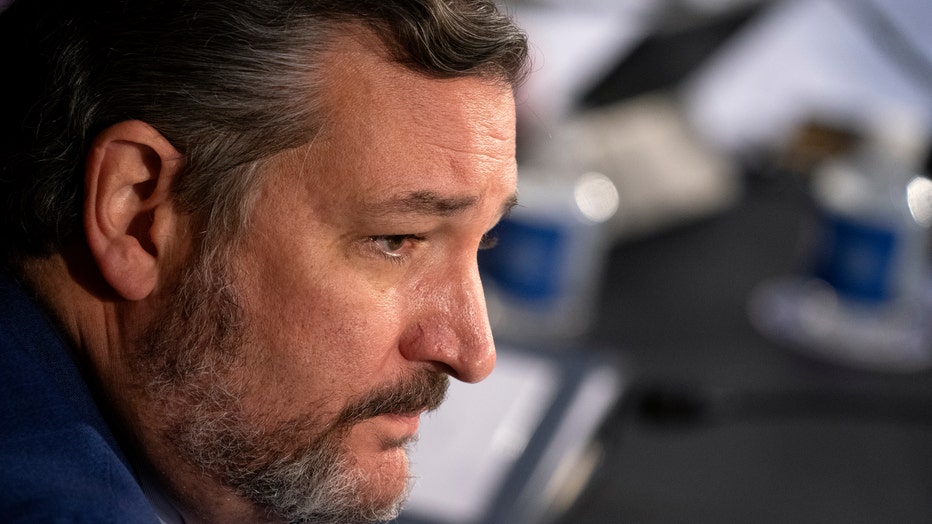 A reporter told Cruz that the Centers for Disease Control and Prevention (CDC) still recommends vaccinated people wear masks in public. "CDC has said in small groups, particularly with people who were vaccinated don't need to wear masks," he responded.

Cruz and other lawmakers were offered priority access to a vaccine in December and Congressional staff were made eligible later on.

Some Capitol staffers and reporters have not yet received both rounds of their vaccine. One reporter asked Cruz to put a mask on while he gave a press conference last month. "Uh, yeah, when I'm talking in front of the TV cameras I'm not going to wear a mask," Cruz told the reporter. "And all of us have been immunized, so..."

The reporter said that him doing so would make everyone feel more "comfortable."

"You're welcome to step away if you like. The whole point of a vaccine ... CDC guidance is what we're following," he added.

Whether to wear a mask after vaccination has broken out into a political debate. Republicans say encouraging masks and distancing after vaccination disincentivizes getting the jab, while Democrats say the vaccine doesn’t provide 100% immunity, especially in the face of variants.

"If you have immunity, you’re wearing a mask to give comfort to others. You’re not wearing a mask because of any science," Paul told Dr. Anthony Fauci in a heated disagreement last month.

Health officials have said that those who have been vaccinated can gather with other vaccinated people in small groups in a private setting.

They’ve said the U.S. needs to reach herd immunity, when 70 to 85 percent of the population has been vaccinated, before reassessing guidelines for large gatherings.

For more, go to Fox News.