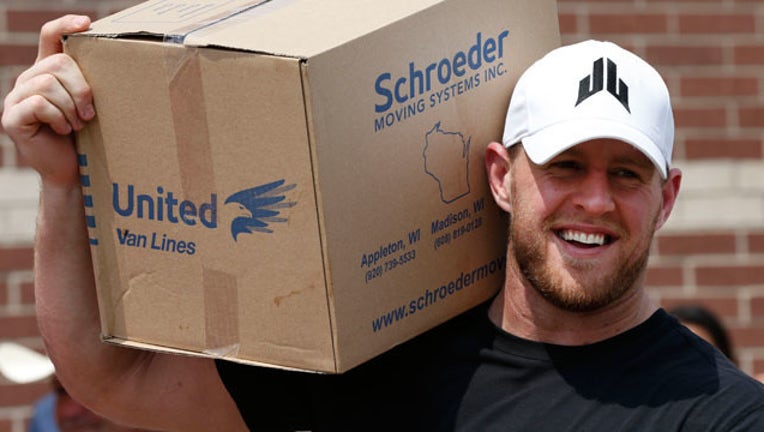 HOUSTON, TX: (AFP OUT) Houston Texans defensive end J.J. Watt holds a box of relief supplies on his shoulder while handing them out to people impacted by Hurricane Harvey on September 3, 2017. (Photo by Brett Coomer - Pool/Getty Images)

Watt routed the money to eight groups actively involved in Texas' rebuilding and recovery. According to the Texans, the funds have already been used to clean up and rebuild more than 600 homes, distribute more than 26,000 meals and provide health care to more than 6,500 people.

In a statement released by the Texans on Monday, Watt said he was grateful for the "generosity of strangers" who donated to the fundraiser.