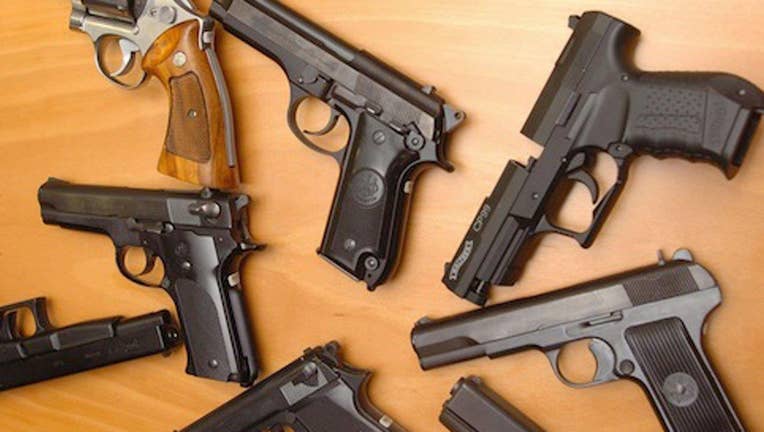 “Municipal and county authorities may not use emergency powers to regulate or restrict the sale of firearms,” it states in the AG’s opinion.

With counties and cities across the state issuing stay-at-home orders and disaster declarations due to COVID-19, many have questioned what businesses are considered essential.

“State law provides several emergency powers to local governments to control movement within their region during a disaster, which serves our communities well during public health events like the one we’re fighting now. However, local regulation of the sale, possession, and ownership of firearms is specifically prohibited under Texas law,” said Attorney General Paxton said in a statement. “Under our laws, every Texan retains their right to purchase and possess firearms.”

David Prince, owner of Eagle Gun Range in Farmers Branch, Texas, near Dallas, who temporarily closed his store under Dallas County's stay-at-home order, then was allowed to reopen Wednesday when gun stores were reclassified locally as essential while the state awaited Paxton's decision.

Prince said gun stores are critical because they give people the chance to defend themselves.

"I always knew people were going to want to protect themselves. What I was concerned about was the look in their faces, they are covered in fear," Prince said. "If I give them the ability to have a firearm, it gives them a fighting chance to defend their family."

The range that is part of his store is considered nonessential and has been forced to close, meaning new gun buyers can't use it to train on how to handle their firearm.

State Representative Dustin Burrows asked for the opinion from AG Paxton after some gun sellers and gun ranges were considered nonessential by disaster declarations issued by some Texas counties.

“I appreciate Attorney General Ken Paxton's quick action on his opinion. Having access to firearms and ammunition for self defense and hunting, in times like these, is clearly essential. Municipalities and Counties eyeing emergency powers to temporarily prohibit weapons and ammunition sales, as well as closing gun ranges, would expose Texans to serious and perhaps fatal vulnerabilities. All Texans are grateful for General Paxton's opinion," Rep. Burrows said in a statement.