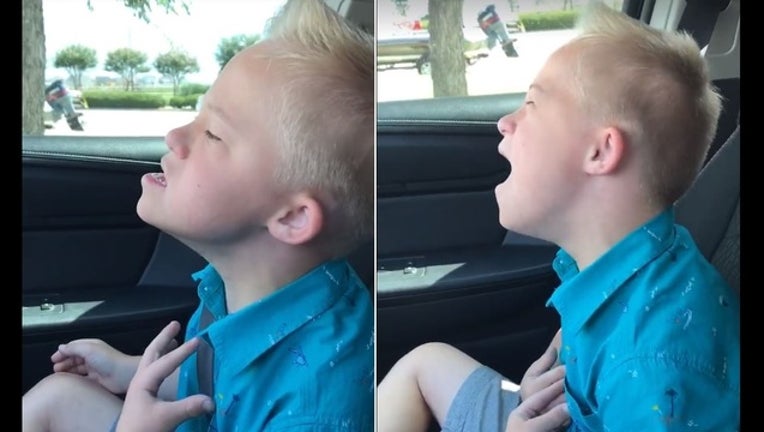 PROSPER, Texas (FOX 26) - A video of a Texas boy with Down syndrome belting out a Whitney Houston classic is warming the hearts of millions.

Nine-year-old Dane Miller was caught on video singing Houston's hit "I Have Nothing" from the 1993 film "The Bodyguard."

Dane's aunt Jeanne Miller posted the video to Facebook, where it's been viewed more than 22-million times.

His mom Danna says Dane is very high-functioning, remembers music, and likes to sing along.

Danna says he started listening to Houston's music after the family watched a documentary on her.

The boy says he plans to put up more videos on his YouTube channel "Amazing Dane."