AUSTIN, Texas - The idea that internet access is a luxury was already demolished before anybody ever heard of COVID-19. But the pandemic — and the demands of switching work, school and medicine from in-person to virtual experiences — made it impossible for state officials to ignore.

The good news is that the Texas Legislature took it seriously, setting up an office to figure out how to expand access to and affordability of high-speed broadband as money for that becomes available, starting with $500 million in federal pandemic relief.

The bad news is that it’s going to be at least a year before the state has made a real difference in getting broadband access to Texans who don’t have it and lowering the price for people who can’t afford internet service that’s available to them.

The federal and state governments are working on the broadband problem, but governments can be slower than dial-up internet. And while they’re working on it, it will probably take until this time next year to see results. 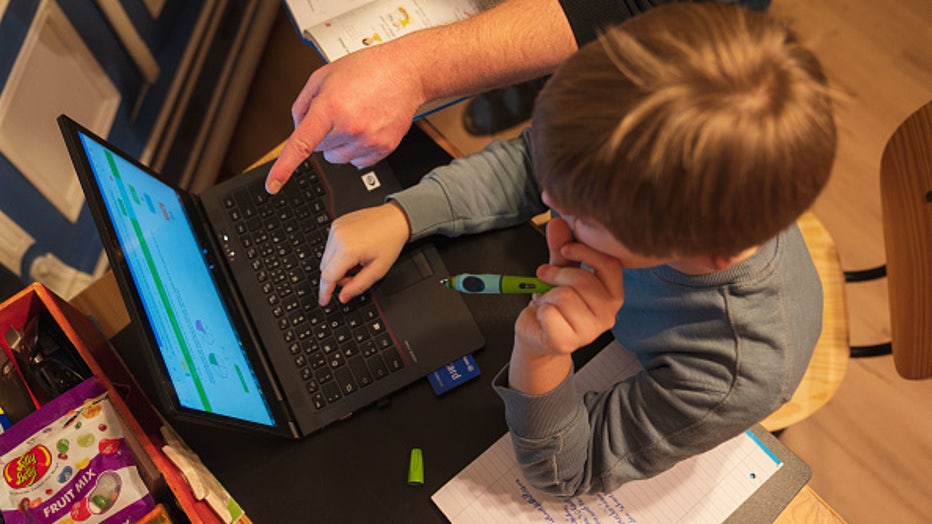 Like other states, Texas found out during the pandemic how critical high-speed broadband is for school, work and medicine. And the state is working to expand it — but it’s going to be at least a year before Texans start to see results.(Photo by Nicol

The holes in the net left Texas, like other states, exposed during the pandemic, and the gaps were apparent even before COVID-19. Pharr, Brownsville, Tyler, Harlingen and Beaumont were ranked in the National Digital Inclusion Alliance’s 20 worst connected cities in the U.S. in 2019 — the most recent year surveyed. Texas has more rural schools than any other state, and big parts of rural Texas have spotty internet, if they have internet access at all. Urban Texas often has broadband access that many residents can’t afford — a real problem when that’s the only way to attend classes or go to work.

Most of the money for expanding broadband in Texas will come from the federal government, and most of that — a still undetermined amount — is part of the federal infrastructure bill approved in November, after Texas legislators finished their regular and special sessions. Some tweaks to make that money flow will probably come from the Legislature itself, which doesn’t meet until January 2023.

In the meantime, the state has access to $500 million in federal money through COVID-19-related grants; most of that will be available closer to the end of this year, according to Jennifer Harris, the Texas program director for Connected Nation, a nonprofit group promoting "adoption, access and use of broadband" across the state. Harris is also vice chair of the Governor’s Broadband Development Council.

Lawmakers assigned broadband to State Comptroller Glenn Hegar, who’s been traveling the state collecting public comments on broadband access and affordability, as well as online feedback. His office is mapping the have and have-not areas of broadband in the state and will likely be the office that funnels federal money coming to Texas into the places that qualify for it.

His broadband development office will have a report out in mid-June, laying the way for broadband expansion, says Greg Conte, the director. Later in the year, they’ll have a detailed map of the state — property by property — to show where expansion is needed. Conte, Harris and others say the state won’t know how much money they’re getting until federal officials compile maps from all the states.

Each state will get a minimum of $100 million in federal infrastructure money for broadband, and then a chunk of another $42.5 billion will be divided on the basis of maps from each state. The wild-guess estimates from the experts are that Texas will get $1 billion to $4 billion. Those maps are like the one Hegar is working on, Harris said in a telephone conversation that fell apart two or three times as she drove through one of the sparsest and least connected parts of West Texas. The conversation was a quick reminder of what it’s like to conduct business where communications technology is scarce.

That other pot of federal money — $500 million in pandemic aid to be awarded late this year on a project-by-project basis — will be available late this year. Also, low-income Texans with access to broadband services that they can’t afford can already tap another federal program that pays up to $30 per month for services.

The delays are frustrating, but state officials are working on it, spending money on it, trying to fix something that’s not right. If only they could pull together more often.