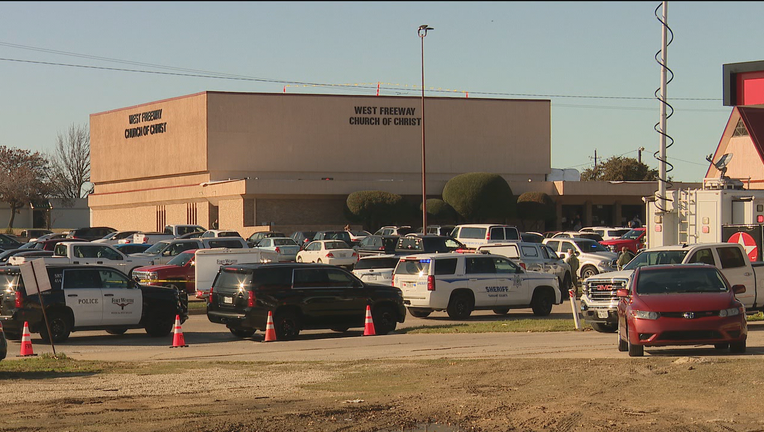 WHITE SETTLEMENT, Texas - The gunman who pulled out a shotgun during a church service in Texas on Sunday and opened fire on worshipers appeared to be in disguise when he entered the sanctuary, according to a woman who said he made her feel uncomfortable when he sat feet away from her.

Two men were killed when the gunman opened fire at West Freeway Church of Christ in White Settlement, as more than 240 parishioners were inside. Within seconds, he was shot to death by two congregants who fired back.

At a news conference Sunday night, White Settlement Police Department Chief J.P. Bevering told reporters the gunman – who has yet to be identified – had sat down in a pew before getting up, taking out a shotgun and firing at a parishioner, who was killed.

FBI special agent in charge, Matthew DeSarno, said the gunman had been arrested multiple times in the past. He said he was “relatively transient” but had roots in the area.

A woman who was seated near the gunman said something seemed off from the moment the gunman entered the church. Besides never seeing the man in church before, he also appeared to have a beard and a wig that looked fake.

“I should have listened to my gut,” Isabel Arreola, 38, told the Fort Worth Star-Telegram. “While he was there, I couldn’t sing. I couldn’t pray. There was just something not right about him. But at the same time, I thought that maybe I was being too hard.”

Arreola told the newspaper she and her husband decided they would move with her 7-year-old daughter to the other side of the church after communion. But as communion came to a close, a livestream of the church service shows the gunman getting up from a pew and talking to someone at the back of the church before pulling out a gun and opening fire. Parishioners can then be heard screaming and seen ducking under pews or running as papers fly to the floor.

“I saw him pull the gun out and I was just panicked ​and then we heard it go off and we’re just screaming, ​you know, trying to get under the pews,” Arreola told CBS11.

Two people with minor injuries that were sustained while ducking for cover were treated at the scene, according to MedStar Mobile Healthcare spokeswoman Macara Trusty.

As the gunman opened fire, Bevering said the church's security team “eliminated the threat," firing back and killing the suspect. An elder at the church told The New York Times that one of those killed was a security guard who responded to the shooter, calling him a dear friend.

“He was trying to do what he needed to do to protect the rest of us,” Mike Tinius told the newspaper, adding, “It’s extremely upsetting to see anyone committing violence."

While authorities have yet to release information about the church's volunteer security team, a witness to the shooting told CBS11 the church member who shot the suspect was a former FBI agent.

The actions of the two congregants who opened fire as part of the volunteer security team at the church were praised by authorities during a news conference late Sunday.

“This team responded quickly and within six seconds, the shooting was over. Two of the parishioners who were volunteers of the security force drew their weapons and took out the killer immediately, saving untold number of lives," Lt. Gov. Dan Patrick told reporters as he also hailed the state's gun laws. 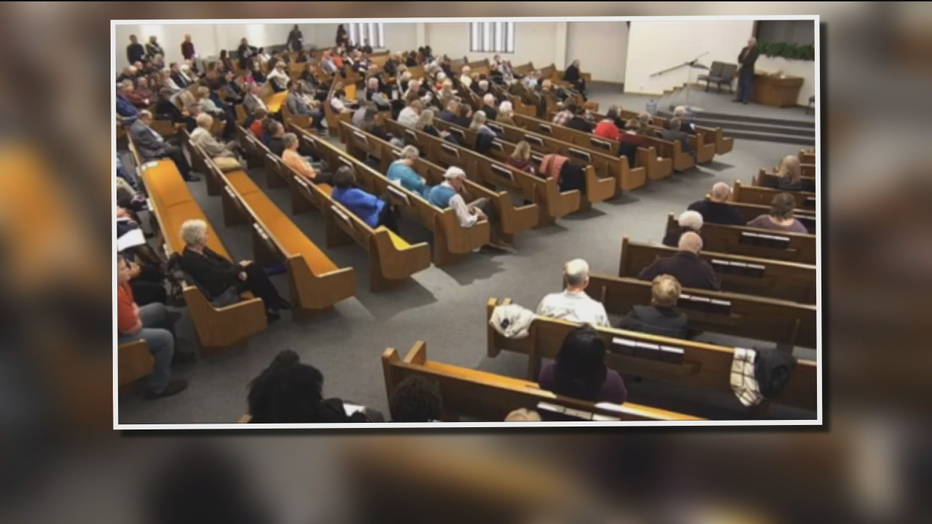 While authorities have also not yet identified those killed in the shooting, Tiffany Wallace told Dallas TV station KXAS that her father, Anton "Tony" Wallace, was one of the victims in the attack. She said her father was a deacon at the church and had just passed out communion when the gunman approached him.

"I ran toward my dad and the last thing I remember is him asking for oxygen and I was just holding him, telling him I loved him and that he was going to make it," Wallace said.

Wallace said her father was rushed to a hospital but he did not survive.

Gov. Greg Abbott asked the state to pray for the victims, their loved ones and the community of White Settlement, located about 8 miles west of Fort Worth.

“Places of worship are meant to be sacred, and I am grateful for the church members who acted quickly to take down the shooter and help prevent further loss of life,” Abbott said in a tweeted statement.