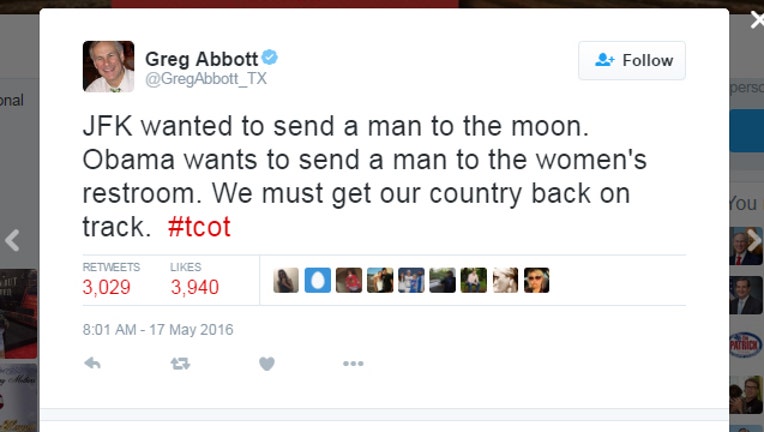 Texas Governor Greg Abbott posts a tweet about President Obama's recent bathroom policy.  The Obama administration says public schools must allow transgender students to use the bathrooms that align with the gender they identify with.