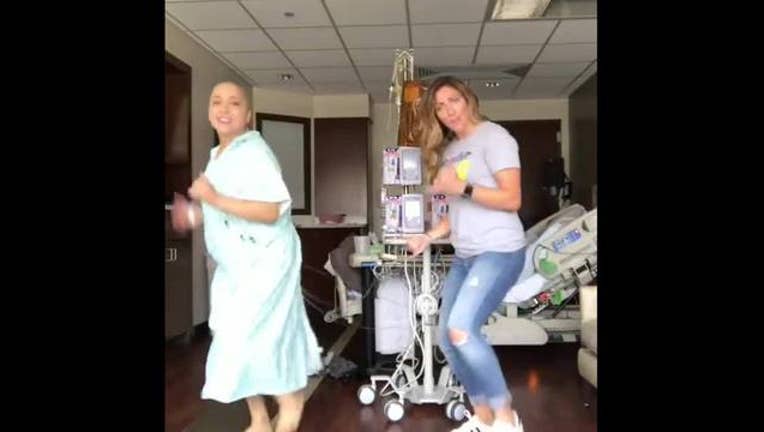 Ana-Alecia Ayala has been fighting a rare tumor that spread from her uterus into her ovaries and stomach since December 2015. The 32-year-old Texas mother of one is now making headlines for a video she posted during a hospital stay that features her performing the popular “Juju on That Beat” dance with her own spin; “Juju on That Chemo.”

“Who says cancer and chemo have to get you down?” Ayala posted with the Oct. 18 video. “We’ll have the last laugh!! Having an awesome chemo buddy like Danielle Andrus who is always down for a dance party helps too!! We want to show the world that dancing and laughter is the best medicine. We are #AnaStrong!!”

Andrus, who is not a cancer patient, and Ayala met in a fitness class.

The video has garnered more than six million views since being posted and has more than 90,000 shares on Facebook. More than 4,000 commenters have left positive messages for Ayala, who told KVUE that she and her husband were trying to get pregnant with their second child when she was diagnosed.