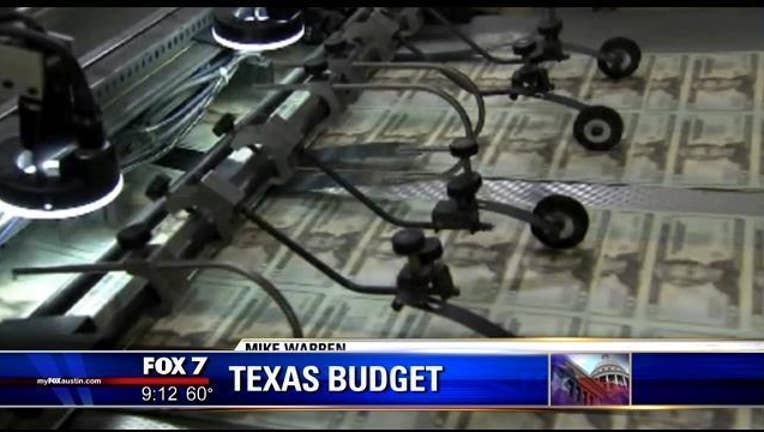 AUSTIN, Texas - The Texas Senate has unveiled its first draft of the state budget.

It's close to $102 billion and they promise $4 billion in tax cuts.

The Senate pledges to lower property taxes by $3 billion and cut business taxes by $1 billion; promises not included in the house version. The Senate version spends about 3 billion more then the house's.

It also doesn't restore funding vetoed by then-Governor Rick Perry two years ago for public corruption prosecutors, sparking the felony indictments against him.

The House proposed $6 billion for the unit.