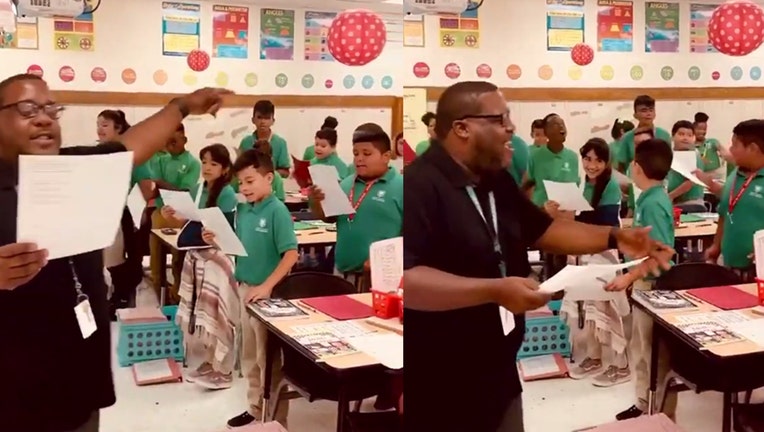 FORT WORTH, Tx. (STORYFUL/FOX 5 DC) - A math teacher at an elementary school in an economically disadvantaged part of Fort Worth, Texas, incorporated music, rap, and video production into his classes to make them more engaging for students.

According to reports, the Leadership Academy at Como Elementary School was receiving a failing grade from the state a few years ago, but new teachers such as Thomas Mayfield helped turn the school around.

In this particular video, Mayfield and students are seen rapping about decimals, to the tune of Luniz’s 1995 hit I Got 5 on It—and they’ve got flow!

According to Storyful, Mayfield has made several music videos with students at the school, and told CBS News “it’s not hard work, it’s heart work.”

Two of his former students told CBS that his approach to teaching made them want to come to school.

The school received a B grade from the state in 2019, Principal Valencia Rhines said.

Earlier in 2019, Ellen DeGeneres invited Mayfield, Rhines, and school counselor Tomeka McGee onstage to pay tribute to their work, and to announce a donation of $50,000 to the school.