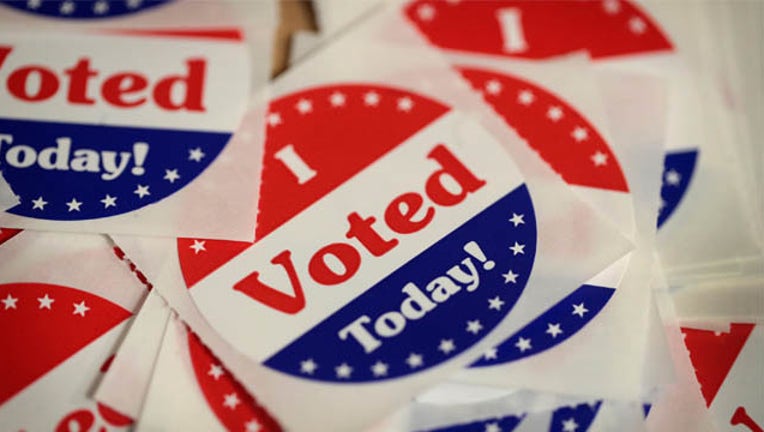 Stickers are made available to voters who cast a ballot in the midterm elections at the Polk County Election Office on October 8, 2018 in Des Moines, Iowa. Today was the first day of early voting in the state. (Photo by Scott Olson/Getty Images)

“She finally registered to vote for the first time in her life,” Phillips’ granddaughter, Michelle Phillips, told the news station. Gracie Lou was battling pneumonia and transitioning to hospice care around the same time she cast the ballot. “She kept telling everybody, ‘I’m voting. I’m going to vote this year and my vote counts,’” Michelle Phillips said.

Phillips, who went to the voting center with a portable oxygen tank in hand, had never voted in the past because she led a “busy family life" and had “misconceptions” about the process, according to the station.

“Her priority through life was her family,” Leslie Rene Moore, Phillips’ other granddaughter, told NBC5. But the country’s current political climate drove the matriarch to the polling booth, the news station reported -- a move that made her family proud.