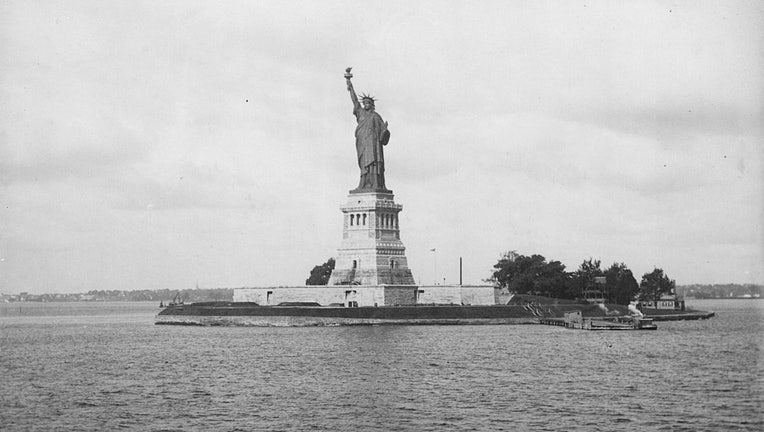 The statue of Liberty on Liberty Island in New York harbour. Designed by the French sculptor Frederick Bartholdi, the statue was presented to the United States by France in 1876.(Loeffler/Fox Photos/Getty Images)

The Statue of Liberty, one of America’s strongest symbols of unity and freedom, was unveiled on this day in history, Oct. 28, 1886.

The rainy autumn day kicked off with festivities organized by the Franco-American Union and the City of New York, according to the National Park Service (NPS).

The dedication ceremonies honored both the French and American people, as well as Statue of Liberty contributors, including renowned sculptor Frédéric-Auguste Bartholdi.

Édouard René Lefèbvre de Laboulaye, often considered the "father of the Statue of Liberty" for thinking up the grand gesture, died in 1883 before the dedication.

More than 1 million people attended the day’s celebrations on and off Bedloe’s Island — now known as Liberty Island — including then-president Grover Cleveland, according to the NPS.

Festivities involved the first-ever ticker-tape parade in honor of the statue of "Liberty Enlightening the World," the NPS also noted.

Firefighters, soldiers and veterans marched down Broadway to the sounds of 100 brass bands, cannons and sirens. 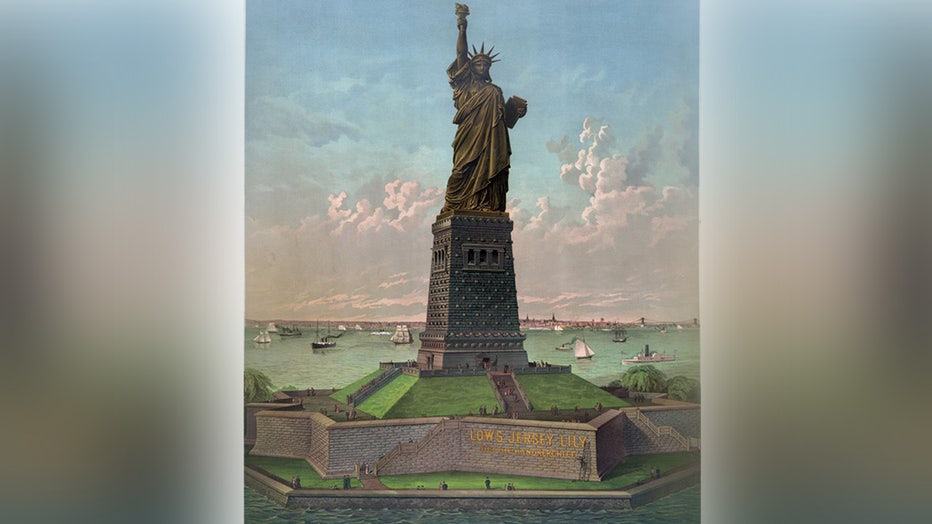 A fleet of 300 ships decorated in red formed a naval parade to Bedloe’s Island, as many vessels aimed to get a closer look through the fog and gloomy weather.

The official unveiling was attended by over 2,000 men on the island, and the New York State Woman Suffrage Association chartered a boat for uninvited women to view the reveal from the water. 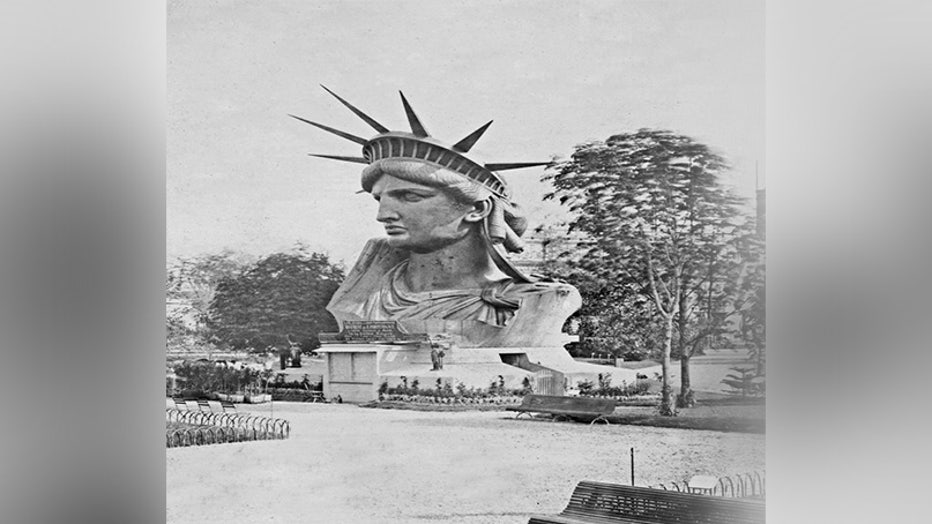 Head of the Statue of Liberty on display in a park in Paris. (HUM Images/Universal Images Group via Getty Images)

A French flag was draped over the Statue of Liberty’s face to hide her identity before the big reveal.

FIVE FACTS YOU DIDN'T KNOW ABOUT THE STATUE OF LIBERTY

Bartholdi, who stood inside her crown awaiting the cue to reveal his masterpiece, prematurely dropped the flag in the middle of a speech by Sen. William M. Evarts, R-New York, chair of the American Committee.

Celebratory sounds broke out from cannons to brass bands to steam whistles in the harbor, welcoming Lady Liberty home, the NPS reported. 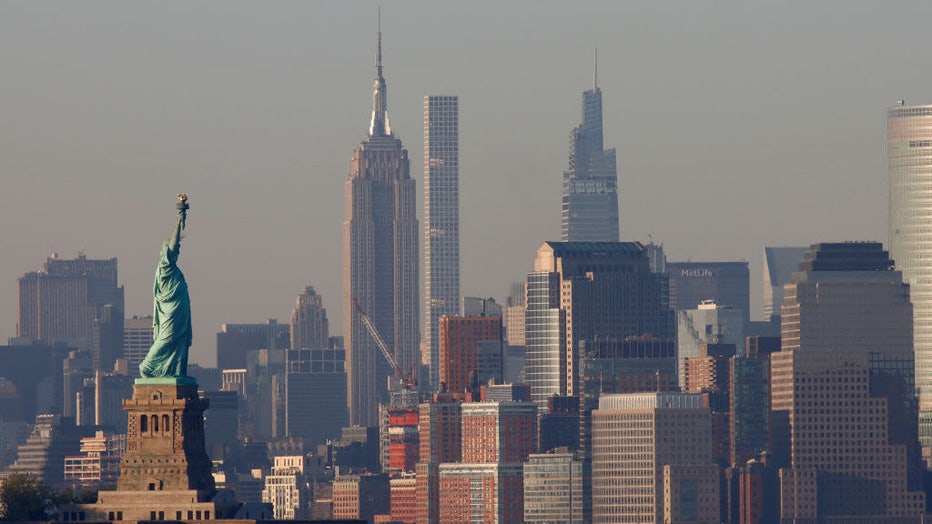 The sun sets on the Statue of Liberty and the Empire State Building in New York City on June 4, 2022, as seen from Bayonne, New Jersey. (Gary Hershorn/Getty Images)

President Cleveland formally accepted the Statue of Liberty from France as a gift of friendship and nodded to Bartholdi as "the greatest man in America today."

Leading up to the great unveiling, Bartholdi said, "The dream of my life is accomplished; I see the symbol of unity and friendship between two nations — two great republics."