The Detroit Tigers have lost a legend of the game.

Detroit Tigers great Al Kaline has died at the age of 85 according to a member of the organization. John Morad, a friend of Kaline’s, confirmed to The Associated Press that he died Monday at his home in Michigan. Morad, who spoke first to the Detroit Free Press, said he’d been in contact with Kaline’s son. No cause of death was given. 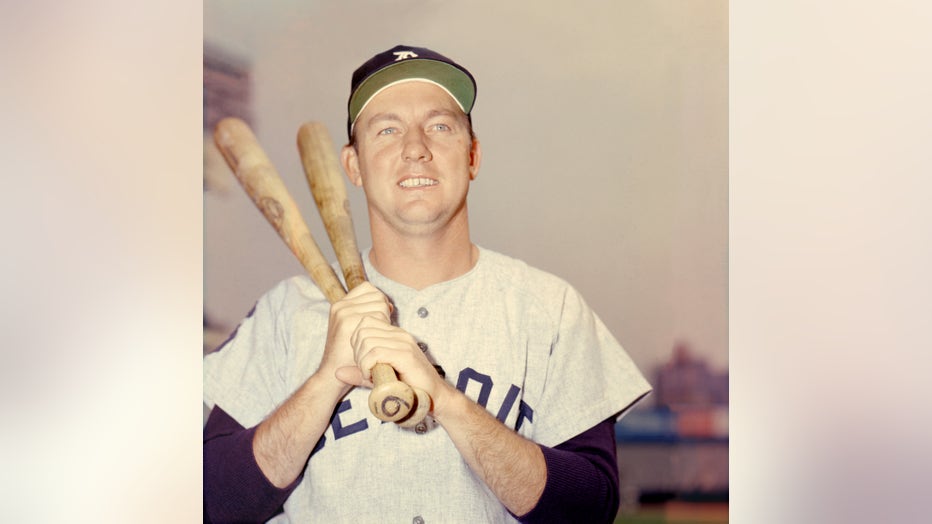 Kaline was an 18-time all-star who was inducted into the Baseball Hall of Fame in 1980. At the time he was the 10th player to be voted in, on the first year of eligibility. In 1968 he played on the Tigers world series championship team.

The rightfielder joined the Tigers directly out of high school in 1953 at the age of 18, and left a mountain of accomplishments.

Kaline came straight out of Baltimore’s Southern High School, making his debut on June 25, 1953 - six days after being signed by Tigers scout Ed Katalinas. He took over as Detroit’s everyday right fielder in 1954, and in 1955 he hit .340, becoming the youngest player - besting Ty Cobb by a day - to win the American League batting title.

Kaline never hit 30 home runs in a season and topped the 100-RBI mark only three times, but his overall consistency at the plate and his exceptional fielding and throwing put him among the top AL outfielders. 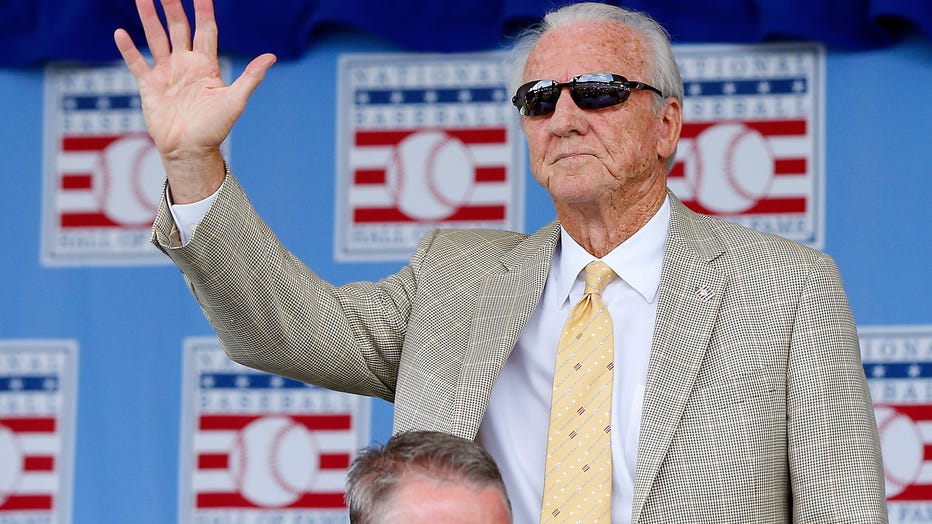 “There have been a lot of great defensive players. The fella who could do everything is Al Kaline,” Baltimore Orioles Hall of Famer Brooks Robinson once said. “He was just the epitome of what a great outfielder is all about - great speed, catches the ball and throws the ball well.”

Al Kaline was baseball royalty but he had a way of making everyone feel special.

Kaline finished his career with 3,007 hits and 399 home runs (what would have been No. 400 was lost to a rainout). He scored over 1,600 runs and drove in nearly that many. He got his 3,000th hit back in Baltimore, slicing a double down the right field line in September 1974, his final season. 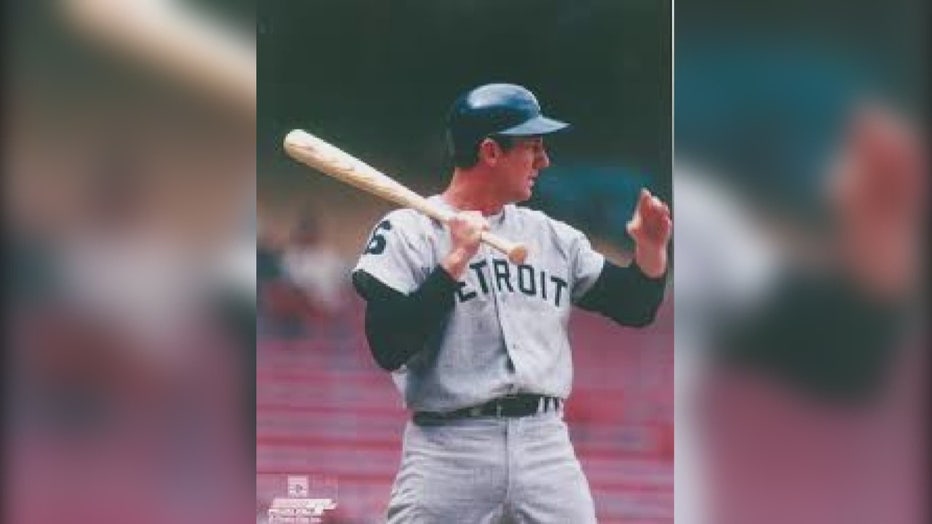 Kaline hit .379 in the Tigers’ victory over St. Louis in the 1968 World Series, when Detroit rallied from a 3-1 deficit.

“If there is one accomplishment for which I am particularly proud it is that I’ve always served baseball to the best of my ability,” Kaline said during his Hall of Fame induction speech. “Never have I deliberately done anything to discredit the game, the Tigers or my family.

“By far, being inducted into the Hall of Fame is the proudest moment of my life. You can be sure that I will make every effort to live up to the obligation associated with this honor.”

The grace and class of Al Kaline was felt from fans young and old, as well as other players from different eras, as well.

Later that year, his No. 6 became the first number retired by the Tigers.

Since his playing days Kaline remained with the Tigers front office and worked in a role as a team ambassador while assisting players in spring training. He also spent time as a broadcaster and called games on television for years alongside late Tiger great and fellow hall of famer George Kell.

Club Statement from the Detroit Tigers: It’s with a heavy heart that the Detroit Tigers confirm Al Kaline has passed away at the age of 85. One of the most distinguished and decorated players in the history of baseball, “Mr. Tiger” was one of the greatest to ever wear the Olde English ‘D’. The Hall of Famer has been a pillar of our organization for 67 years, beginning with his Major League debut in 1953 and continuing to present in his duties as Special Assistant to the General Manager. Our thoughts are with Mr. Kaline’s wife, Louise, and family now, and forever.

Statement from Detroit Tigers Chairman and CEO, Christopher Ilitch: Baseball lost a titan today. Anyone who knew Al Kaline would describe his gentle soul and passion for baseball as an unbelievably powerful combination, making him one of the most respected players in Major League Baseball history. My mother, father and I cherished the special relationship we had with Al Kaline, who was a trusted advisor and dear friend for many years. His dedication to Detroit was unparalleled and he was affectionately known as ‘Mr. Tiger.'

His positive contributions to the sport will forever be realized by baseball fans everywhere. The impact of his life is wide-reaching, and he will be greatly missed by millions in Detroit, the state of Michigan and across the baseball community. On behalf of everyone in the Tigers organization and the Ilitch family, we extend our deepest condolences to Al’s wife, Louise, and the entire Kaline family.

Statement from Detroit Tigers General Manager, Al Avila: This is an exceptionally sad day for all of us in the Detroit Tigers family. Al Kaline was a giant in this industry, a man of great humility, and has been a friend to me and many in this community for decades. I was blessed to sit next to him during nearly every home game at Comerica Park, and I hold close our bond that has been created over nearly two decades of working together. My family’s thoughts and prayers are with Louise, and the Kaline family. 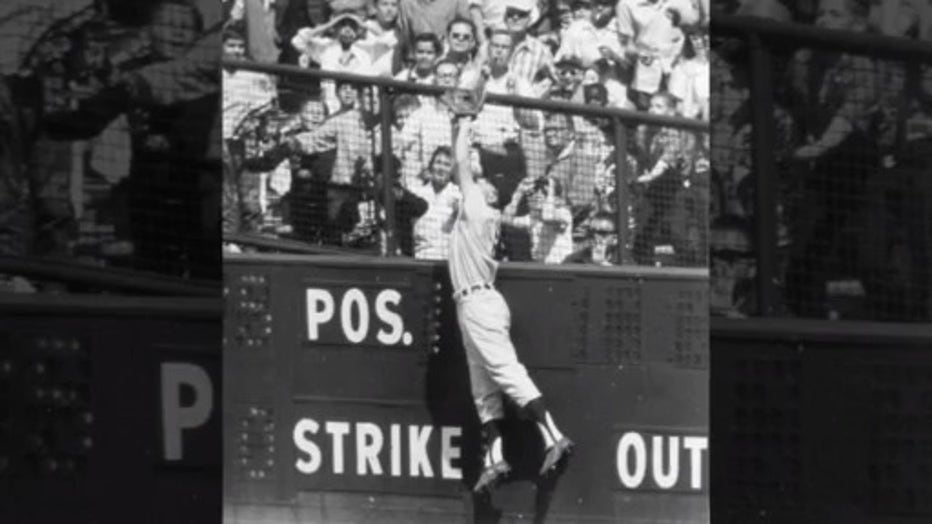 Players weighed in on social media talking about what Kaline meant to them, including former Tigers great Justin Verlander.

Former Tiger Justin Verlander said on Twitter, "Such a kind and generous man who meant so much to so many. I hope you knew how much I enjoyed our conversations about baseball, life, or just giving each other a hard time. I am honored to have been able to call you my friend for all these years. R.I.P. Mr Tiger, Al Kaline."

--The Associated Press contributed to this report 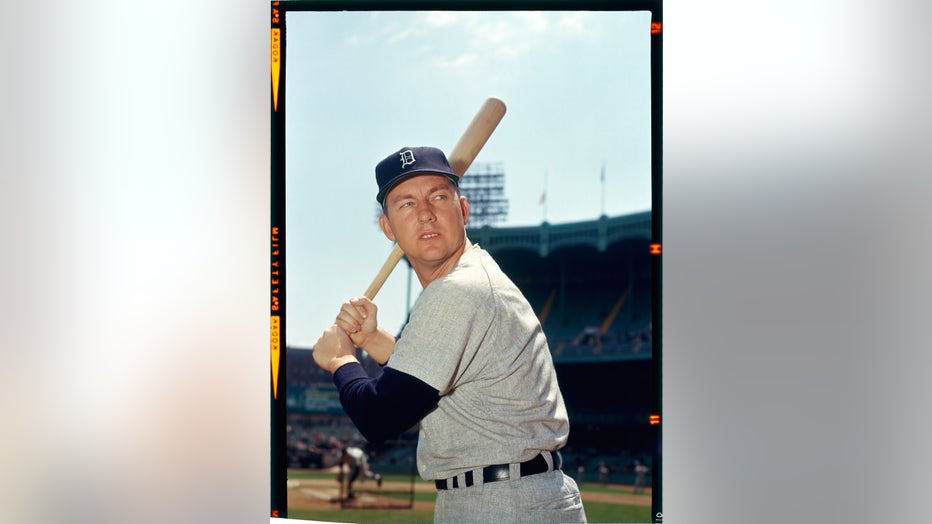