It’s a trend that was started by the Canadian Women’s Foundation.

AUSTIN, Texas - A trending TikTok video is being praised for saving a missing teen girl’s life, and advocates here in Austin say it could help Central Texans escape abuse as well.

The 16-year-old girl displayed a hand gesture known as the "universal distress symbol" while she was in a car driven by a 61-year-old man in Kentucky.

The girl had gone missing from her home in North Carolina, but she had seen the hand signal—made by holding the hand up, tucking the thumb in, and closing the fingers around it—on TikTok. It’s a trend that was started by the Canadian Women’s Foundation.

"There was some people behind her that noticed that she was making hand gestures that signifies "I need help." With them recognizing that signal, they notified 911," said Laurel County, KY, Deputy Gilbert Acciardo.

Officers were able to stop the car and arrest the man, and the girl is now safe. 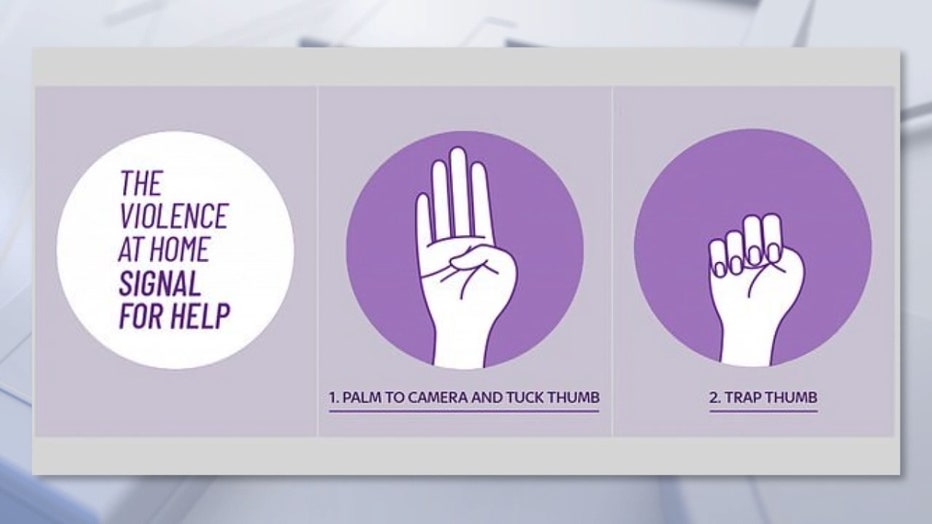 A trending TikTok video is being praised for saving a missing teen girl’s life, and advocates here in Austin say it could help Central Texans escape abuse as well.

"When I actually heard that news report, I thought, OK, this could really be an amazing tool," said Randy Randolph of the SAFE Alliance, an Austin-based nonprofit focused on stopping abuse of all kinds.

Randolph says this is a great example of the power of social media and the people on it, to help people get out of dangerous situations.

"It's easy to say, Oh, this was something that happened in Kentucky. It doesn't happen in our area, in my neighborhood. And unfortunately, as we see in sex trafficking, a lot of times, it's in mainstream areas. It's right under everybody's nose. And so little things like this gesture can actually save a lot of people," said Randolph.

Advocates with the SAFE Alliance say with this hand gesture becoming more well known, there’s always the risk that potential predators could know what it means as well, but they say it’s certainly still a valuable tool for someone to let passers-by know that they’re in distress.

"I think using this signal in a very secretive way where somebody is not monitoring you could be the only way that you can scream out for help, said Randolph.

And if you see it and aren’t sure what to do next, remember you’re not alone.

"For people in the Austin community, if you see something like this just on a Zoom call or some other way. TikTok, whatever, you can get help from experts to really know how to give this person help," said Randolph.

If you see someone displaying this signal, or if you’re in a dangerous situation yourself, the SAFE Alliance has a 24-hour SafeLine you can call, (512) 267-SAFE. You can text them as well, at (737) 888-SAFE, or visit them online at safeaustin.org.

You can also get involved with the SAFE Alliance by following them on TikTok.