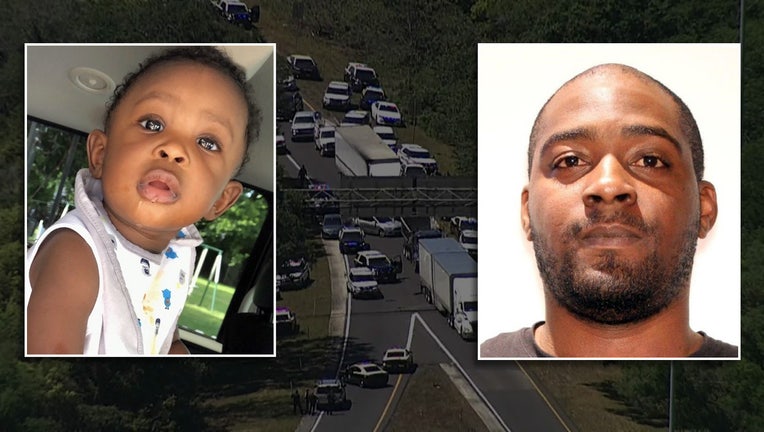 TAMPA, Fla. - A toddler who was the subject of an Amber Alert in both Florida and Georgia has been rescued by authorities in the Tampa Bay area and the man accused of taking him and killing three people in Georgia is in custody following a stand-off with police.

Deputies in Bibb County, Georgia said 29-year-old Caesar Zamien Lamar Crockett Jr. got into an argument with his 2-year-old son's mother. At some point during the argument, authorities said Crockett pulled out a gun and shot the woman's mother, stepfather and sister, killing them. The woman was also injured in the incident.

Investigators said Crockett then left the home with 2-year-old King Cane Crockett, and drove off in a black 2007 Pontiac G5 coupe with a temporary tag S0325629 from Houston Auto Auction.

Hours later, the Florida Department of Law Enforcement said Crockett and the toddler were seen on Interstate 75 in Gainesville.

Police spotted the vehicle Wednesday afternoon by near I-75 and Fowler Ave, and Crockett then led them on a chase. Troopers pursued Crockett along with Tampa police officers. FHP said Crockett fled at speeds up to 120 mph along I-4. 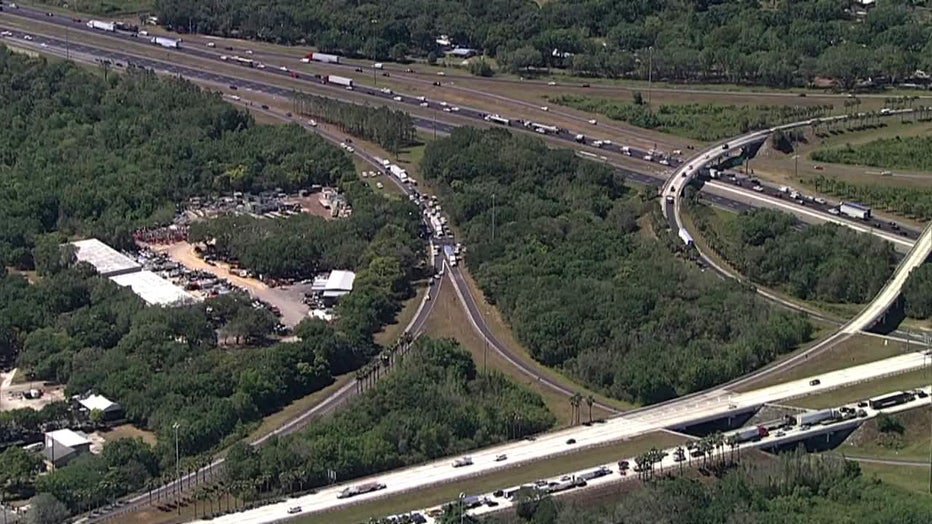 The crash and standoff closed the exit ramp and eastbound I-4.

The pursuit ended in a crash on the exit ramp to I-4 eastbound at I-75. The little boy was recovered by investigators at the scene and Crockett was arrested several hours later following a stand-off with officers.

Crockett faces three counts of murder and one count of kidnapping.

I-4 eastbound was shut down for hours at the scene of the standoff, but some lanes had reopened by 5 p.m.