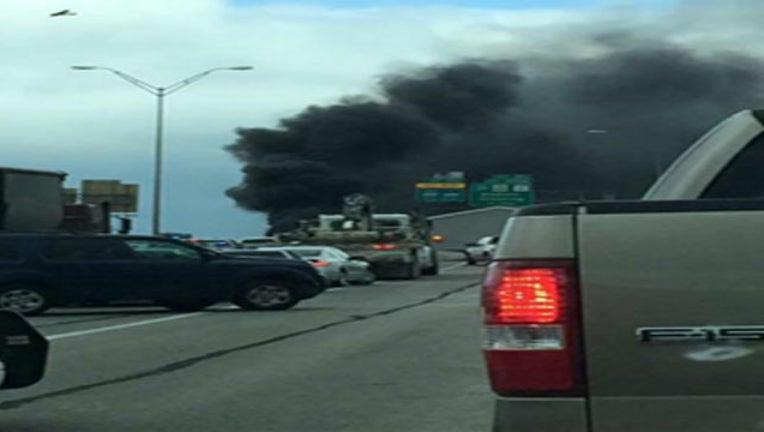 ROUND ROCK, Texas - A fiery crash shut down both directions of I-35 in Round Rock for several hours Tuesday.

Round Rock police say a dump truck and a mobile home collided at about 2 p.m.

The crash shut caused authorities to close the road Southbound at US 79 and Northbound at RM 620 due to falling debris.

I-35 was eventually reopened at around 8 pm.

No one was injured in the crash.