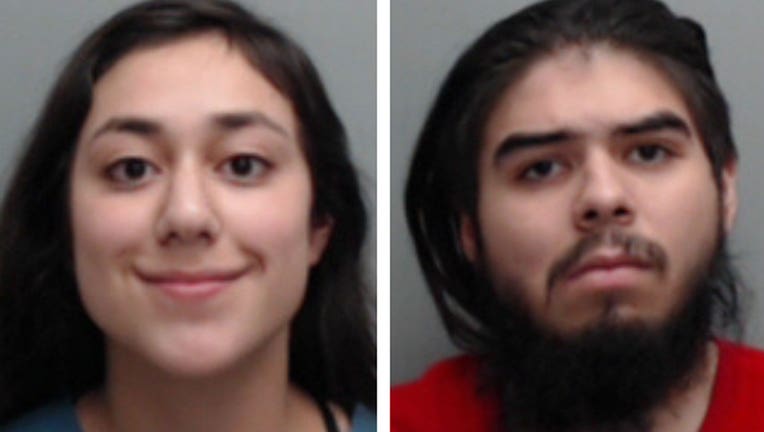 There had been some initial reports of an officer-involved shooting but police say no shots were fired and no one was hurt.

The first incident resulted in the arrest of 20-year-old Aubrianna Alvarez. Police say she was arrested in the 1400 block of Craddock Avenue after attempting to evade police.

A high risk stop was performed and police say Alvarez backed her car into a patrol car and fled again. Police stopped Alvarez a second time, broke her window and removed her from her car.

The second incident resulted in the arrest of 19-year-old Elijah Montez. Police say he was arrested in the 1700 block of Old Ranch Road 12 after also trying to evade police.

Police say Montez drove over sidewalks, through grass behind an apartment complex, struck a concrete raised sidewalk and then fled on foot before he was tased and arrested.