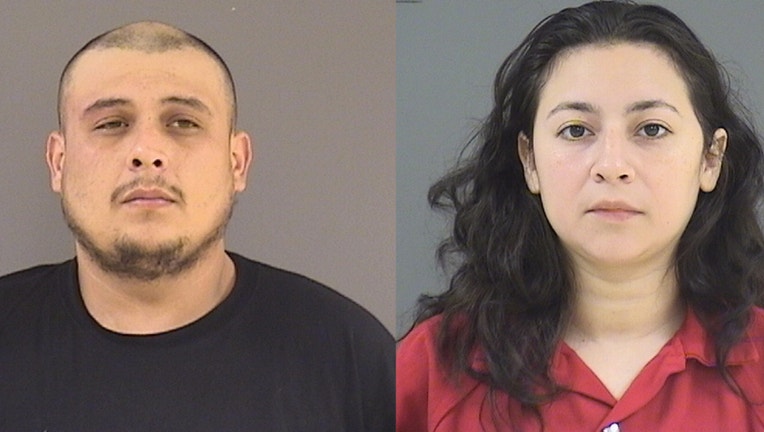 Through their investigation, two suspects were identified as Michael Adam Morris, 29 and Olivia Oliva, 29 and later arrested in Hays County on capital murder charges.

MARTINDALE, Texas - The Caldwell County Sheriff's Office has identified the suspects and victims in a deadly shooting on May 10.

The victims have been identified as 17-year-old Adian Zulaica and 18-year-old James Melgar.

The suspects are 29-year-old Michael Adam Morris and 29-year-old Olivia Oliva. Both are being held at the Caldwell County Jail on capital murder charges.

CCSO says that at approximately 8:52 p.m. on May 10, it received a 911 call concerning gunfire in the area of NW River Road and Scull Road in Martindale.

According to the department, deputies arrived at 9:04 p.m. and found Zulaica and Melgar with gunshot wounds lying next to a vehicle.

One of the victims died at the scene and the other victim was transported to Seton Hays where he later died.

Detectives immediately began an investigation and through the investigation, they were able to identify Morris and Oliva. Both were arrested on May 11.

Officials say they do not believe there are any additional suspects involved in this incident at this time.