Halloween festivities on a narrow street in Seoul led to a crowd stampede, killing more than 150 people and injuring dozens of others. South Korean officials say the death toll is likely to rise.

More than 150 people were killed in the Halloween stampede in Seoul, South Korea, including two U.S. college students studying abroad.

Steven Blesi was an international business major attending Kennesaw State University, which is located outside Atlanta, and Anne Gieske was a nursing student at the University of Kentucky. Both students were 20 years old.

Among the 153 reported deaths from Saturday night's crowd surge, more than 80% were in their 20s and 30s, and at least four were teenagers. 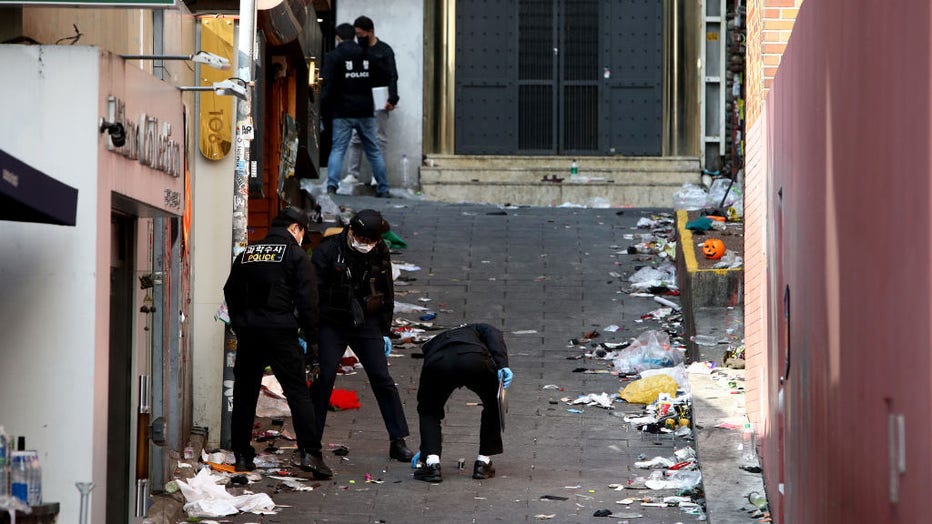 Seoul officials said Sunday that 26 of the deceased were foreigners, including from the U.S., France, Thailand and Japan. A total of 97 women and 56 men were confirmed dead. Officials said 133 people were also injured that night.

Blesi was one of 11 KSU students studying abroad in Seoul, but his classmates were all reported safe after the incident.

"On behalf of the entire Kennesaw State community, our thoughts and prayers go out to Steven’s family and friends as they mourn this incomprehensible loss," Kennesaw State University President Kathy Schwaig said in a statement.

Schwaig also said, "We have been in contact with Steven’s family and have offered all available resources of the University to them." 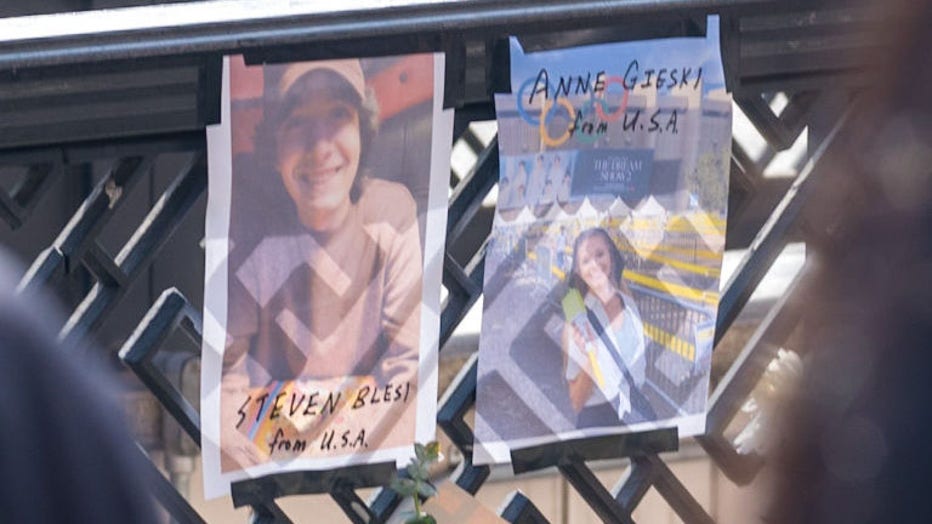 Flowers and photos of the two U.S. college students are seen at a makeshift memorial outside a subway station in the district of Itaewon in Seoul on Oct. 31, 2022, two days after a deadly Halloween crowd crush. (Photo by Patrick Little Jr./Anadolu Ag

Blesi was about two months into a semester studying abroad at Hanyang University. He was interested in pursuing international business in East Asia upon graduation.

Gieske, studying through an education abroad program for the semester, was one of three University of Kentucky students studying in South Korea. A faculty member was in the country as well. Gieske was the only one killed or injured in the Halloween celebration in the Itaewon district.

"We have been in contact with Anne’s family and will provide whatever support we can — now and in the days ahead — as they cope with this indescribable loss," University of Kentucky President Eli Capilouto said in a statement. 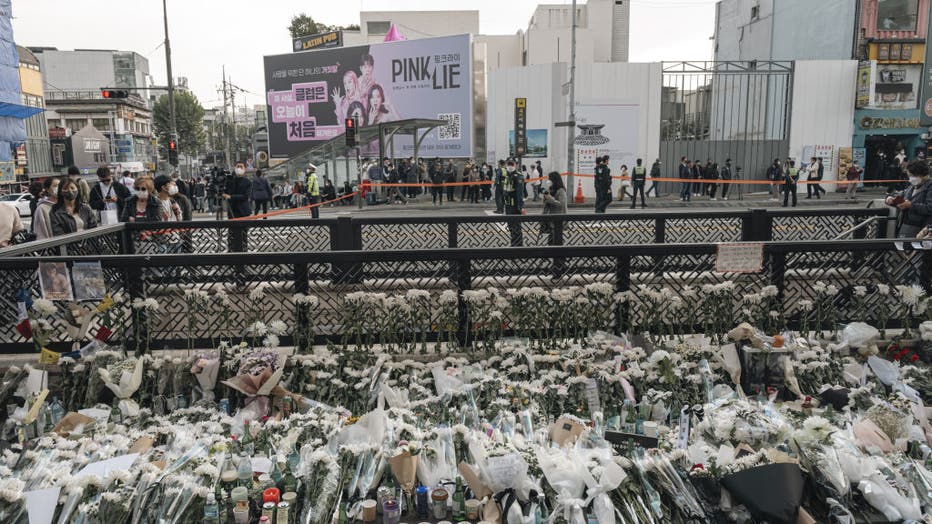 Flowers are seen at a makeshift memorial outside a subway station in the district of Itaewon in Seoul on Oct. 31, 2022, two days after a deadly Halloween crowd crush. (Photo by Daebong Kim/Anadolu Agency via Getty Images)

"We will be there for those in our community who knew and loved Anne. We also have nearly 80 students from South Korea at UK — members of our community — who will need our support," Capilouto continued.

South Korean president Yoon Suk-Yeol declared a national mourning period amid an investigation into the cause of the deadly stampede.