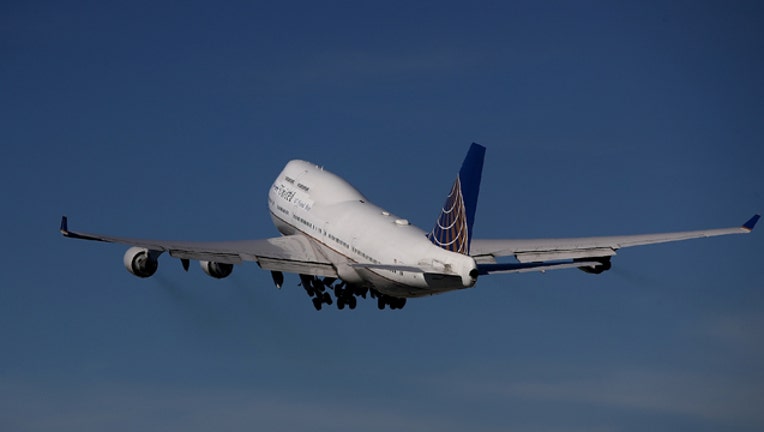 United Airlines is retiring its fleet of Boeing 747 aircraft that are affectionately known as the ÒQueen of the SkiesÓ and marked the occassion with a final flight from San Francisco to Honolulu, Hawaii. (Photo by Justin Sullivan/Getty Images)

DALLAS (AP) -- United Airlines wants to see more paperwork before passengers fly with emotional-support animals -- and don't even try to bring a peacock on board.

The airline announced Thursday that it will tighten rules starting March 1. The changes are similar to those coming at Delta Air Lines.

United said owners will have to confirm that their animal is trained to behave in public, and they will need a vaccination form signed by a veterinarian. The vet will have to vouch that the animal isn't a health or safety threat to other people.

The airline said the number of comfort animals has jumped 75 percent in the last year and there has been a big increase in animal-related incidents.

On Sunday, United bounced a passenger who showed up at the airport with a peacock for emotional support.

United already bans exotic animals and non-household birds. Still, the fact that a passenger tried to bring a peacock on board "helped illustrate why we needed to revise our policy," said United spokesman Charles Hobart.

A spokeswoman for American Airlines said the carrier was still studying the issue, adding that untrained animals can lead to safety issues for employees and passengers.

Guide dogs have been occasional flyers for years, but recently there has been a surge of emotional-support animals. Federal regulations allow them -- if they're not too big or exotic -- but airlines can ask for a doctor's note verifying that the passenger needs the animal.

Airlines are convinced that scofflaws abuse the rules. Passengers often have to pay up to $125 each way to bring a small pet on board, but comfort animals fly free.

“The problem now is people abusing the system simply because they want to take their pet wherever they go," Phillippe said. "There are people who truly need emotional support animals to handle issues from a mental health standpoint, but others have figured out if they claim their animal is an emotional support animal, they are exempt from things like pet deposits or can take their animal on a plane free of charge.”

The crackdown by Delta raised objections from service-dog owners.

Jenine Stanley of the Guide Dog Foundation for the Blind is upset that Delta will require service-dog owners to file a health form at least 48 hours before a flight. That could make emergency trips impossible.

"I don't think I've ever filled out a form for assistance. Now my animal is going to have to be verified every time," she said.