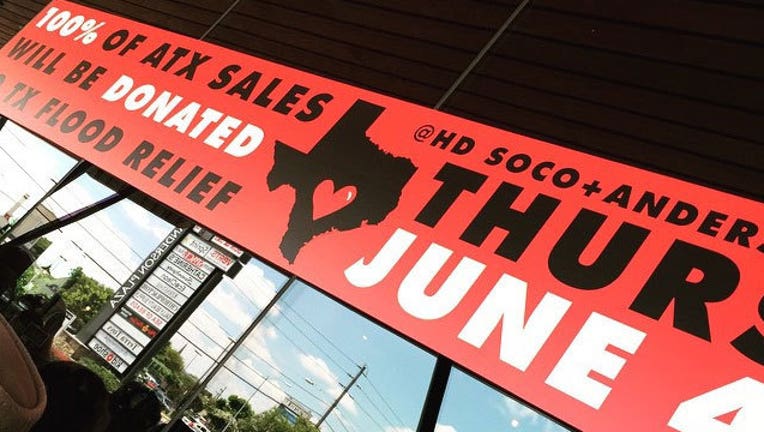 *Update* Hopdoddy Burger Bar has announced that its June 4 fundraising event raised a total of $44,777.83 for Barnabas Connection, an organization whose resources go directly to the families hit hardest by the floods in Wimberley and Hays County.

Hopdoddy had pledged that it would donate 100% of sales at both its Austin locations, one South Congress and the other on Anderson Lane, on June 4 to flood relief efforts.

The company says the total money raised includes monetary donations made by customers from all other locations outside of Austin.

In a release, Hopdoddy President and CEO Dan Mesches says, "We can't thank the community enough for their help in making this fundraiser such a success. Barnabas Connection is a great organization, and we are thrilled to be able to help them in supporting our neighbors in need."

Executive Director of The Barnabas Connection Vicki McCuistion says, "The most beautiful thing about this tragedy is how this community has come together. "We have been feeling the love, not only from the folks in Wimberley, but from Hopdoddy here in Austin and groups from around the community."

For more information and if you'd like to donate to Barnabas Connection you can go here.