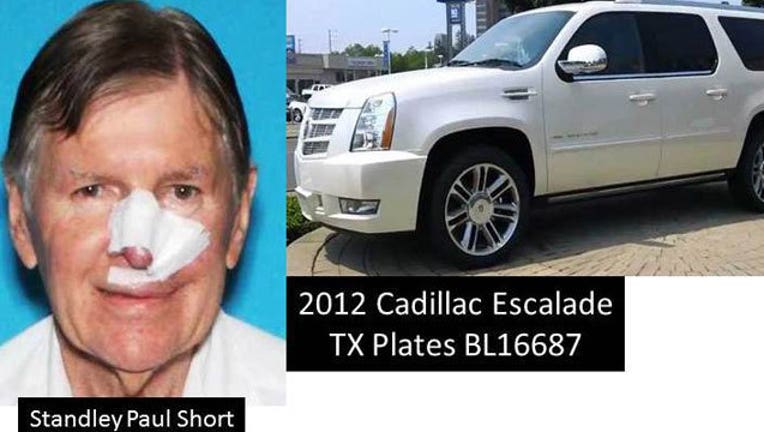 According to the Texas DPS the Silver Alert for Standley Paul Short has been discontinued.

MONTGOMERY COUNTY, Texas— An active Silver Alert has been issued by the Montgomery Sherriff’s Office for a missing elderly man.

The Sheriff’s Office is searching for Standley Paul Short, 80, who is diagnosed with a Cognitive Impairment. Police believe Short’s disappearance poses a credible threat to his own health and safety.

The missing man is described as a white male,

Short was last seen at 1:15 p.m. on Sunday in the Montgomery County area, wearing a white button-down long sleeve shirt, blue jeans, a black belt and black shoes. According to the Sheriff's Office, Short is missing half of his nose.

The Montgomery County Sheriff’s Office is asking for anybody with information regarding Mr. Short to contact (936) 760-5800.