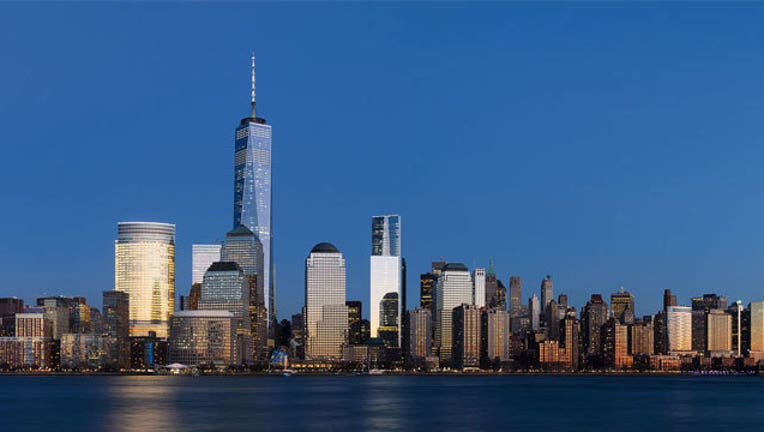 CHICAGO (AP) — Violent crimes — from homicides and rapes to robberies — have been on the rise in many major U.S. cities, yet experts can't point to a single reason why and the jump isn't enough to suggest there's a trend.

Still, it is stumping law enforcement officials, who are seeking a way to combat the problem.

"It's being reported on at local levels, but in my view, it's not getting the attention at the national level it deserves," FBI Director James Comey said recently. "I don't know what the answer is, but holy cow, do we have a problem."

Americans have grown accustomed to low crime rates since a peak in the 1990s. But law enforcement started seeing a spike last year that has continued unabated. What's unusual, however, is that it's not happening everywhere. Chicago and Los Angeles are seeing homicides on the rise, but other places like Miami and Oakland are not.

Chicago, a city long associated with violent crime that plagues its poorer neighborhoods, saw six people fatally shot over the Memorial Day weekend and 56 wounded, ending a bloody month in a bloody year. May's 66 homicides — 19 more than May 2015 and 25 more than May 2014 — raised the total number for the year past the 240 mark. That's more than 50 percent higher than last year, and puts the city on a pace to easily surpass the 500 homicides it saw in 2012.

Perhaps more significant is the number of people who are being shot; well over 1,200 as of Tuesday, which far surpasses the 800 by this time last year.

All of it has left the city on edge.

"Our kids are afraid to go out of the house," said the Rev. Michael Pfleger, a Catholic priest and activist on the city's South Side. "You have children asking teachers to pray for them before they go home."

Some say the splintering of gangs has created deadly rivalries, others say the disbanding of specialized police units has helped embolden gangs. Guns are pouring into the city — with police saying they've seized more guns this year (3,500) than any city police department in the United States — but courts also have overturned or gutted the city's once-tough gun laws.

Add to that concerns, expressed publicly by Mayor Rahm Emanuel and privately by officers, that videos like the one of a white officer fatally shooting 17-year-old Laquan McDonald, who was black, are making officers reluctant to combat crime. That video, which led to murder charges against the officer, exposed and deepened the rift between the community and the police force that many say has made the public less likely to offer the kind of cooperation that the department needs to prevent and solve crimes.

"Quite frankly, trust has broken down between the community and police," new police superintendent Eddie Johnson said.

The Major Cities Chiefs Association, a nonprofit that works with police chiefs in the 50 largest cities in the U.S. as well as the seven largest cities in Canada, began hearing last year that violent crimes were increasing, executive director Darrell Stephens said. In response, the group began collecting data to better document crimes, data that showed an increase in violent crimes in 2015 over 2014.

Already, the first quarter of this year showed across-the-board increases in homicides, rape, robbery and aggravated assaults and non-fatal shootings compared to 2015.

The reasons vary, Stephens said: Chicago and Los Angeles attribute much of it to gang-related violence, while others chalk it up to significant drug problems that lead to violent crime.

Some in law enforcement have speculated that a climate after the 2014 fatal shooting of an unarmed black teenager in Ferguson, Missouri, has made officers reticent about taking the steps needed to stop crime, but Stephens says that tough scrutiny on policing has always been part of the job, even if it's "more visible, more strident" now.

And even with violent crime outpacing past years, it's a far cry from the more notorious early 1990s when there were about 25,000 homicides each year. "We're nowhere near that level," he said.

"Sometimes people say to me, well, the increases are off of historic lows. How does that many of us feel any better?" Comey said. "A whole lot more people are dying this year than last year, and last year than the year before. And I don't know why for sure."

In Indianapolis, which saw a record 144 homicides last year, the police department launched a new crime-fighting approach last month. Officers now patrol 19 new beats in crime-plagued neighborhoods where 45 percent of last year's homicides occurred. Those neighborhoods were chosen with help from the capitol city's new crime-fighting technology center, which pinpoints areas where beat patrols could have the greatest impact.

Police spokesman Sgt. Kendale Adams said last year's record homicides and the continued rise in killings this year is being driven by a multitude of factors, including the proliferation of guns, disputes over drugs and fights that escalate into gunfire.

"People want a reason, right? There's got to be a reason, but when we look at the data it's disturbances, it's drugs, it's even simple disputes on Facebook. It's very lifestyle-oriented, that's what the data is telling us," he said Wednesday. "Disputes that normally would have been settled through fighting are being settled through lethal means."

Pane reported from Atlanta. Associated Press writers Eric Tucker in Washington and Rick Callahan in Indianapolis contributed to this report. Follow Lisa Marie Pane on Twitter at http://twitter.com/lisamariepane . Her work can be found at http://bigstory.ap.org/journalist/lisa-marie-pane