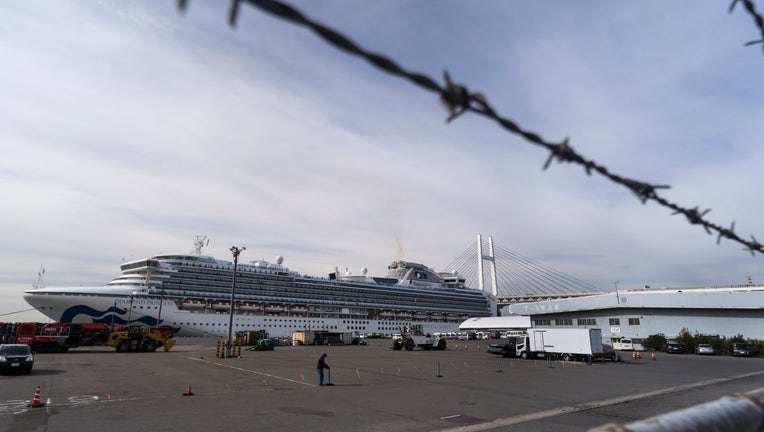 YOKOHAMA, JAPAN - FEBRUARY 12: The Diamond Princess cruise ship sits docked at Daikoku Pier where it is being resupplied and newly diagnosed coronavirus cases taken for treatment as it remains in quarantine after a number of the 3,700 people on board

SAN ANTONIO, Texas - Hundreds of Americans quarantined on a cruise ship docked off the coast of Yokohama, Japan, for more than a week due to a coronavirus, now called COVID-19, outbreak on board will have the chance to evacuate, the Centers for Disease Control and Prevention said Friday, according to a report.

Approximately 380 Americans and their families on the Diamond Princess will be offered seats on two flights that could arrive at Travis Air Force Base near Sacramento, Calif., as early as Sunday, a CDC official told The Wall Street Journal.

A CDC team will screen passengers and those exhibiting symptoms won’t be allowed on the flights.

Passengers were placed under in a two-week quarantine Feb. 5 and since then the number of cases on board has climbed to 218, including some Americans, in the largest outbreak outside of China.

There are a total of 428 Americans onboard the ship, The New York Post reported.

In a letter, nine U.S. House representatives, led by Rep. Phil Roe, R-Tenn., had urged the Trump administration to evacuate the Americans. Roe is a physician and the ranking member of the House Veterans Affairs Committee.

“From firsthand accounts, we are concerned about the existing level of care available on the ship, particularly to the 428 US citizens aboard, as well as the national security concerns posed by reported quarantine conditions.”

— Letter from U.S. lawmakers, urging the evacuation of Americans aboard cruise ship

Roe said he has been in contact with Dr. Arnold Hopland, a physician from Elizabethton, Tenn., who is aboard the ship. Hopland told Roe that crew members have been doing their best to protect the quarantined passengers, the Johnson City Press reported.

Once in the U.S., the evacuated passengers will either be quarantined for two weeks at the California base or at Lackland Air Force Base in San Antonio, Texas, The Journal reported.

Around 230 Americans who were evacuated from Wuhan, China, the epicenter of the virus, are already in quarantine at Travis. The arriving cruise ship passengers would be kept separate from them.

Earlier this week, the cruise ship company said Japanese health officials would remove some passengers to finish their quarantine at an onshore facility.

More than 66,000 people have been sickened in mainland China and more than 1,500 have been killed by the virus as of Friday evening.

In Beijing, state-run TV Friday announced residents returning from Lunar New Year celebrations must quarantine themselves for two weeks and could face legal consequences otherwise, according to The Times.